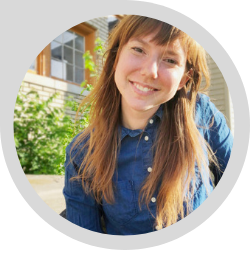 Since graduating from the M.U.P. program, Melissa has been working to combine her urban planning training with her background in historic preservation. She recently became the Detroit preservation specialist with the Michigan Historic Preservation Network (MHPN), a statewide non-profit organization, where she will be a resource for empowering communities to preserve their history through education, workshops, and advocacy for Detroit's historic places. Before this, Melissa worked in the private sector as a historic preservationist with Kraemer Design Group, a downtown Detroit-based architecture firm. 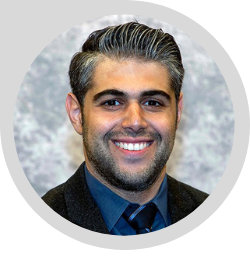 Mohamed began his work in Community Planning for the City of Dearborn over four years ago. He first served as a planner I and was promoted within a year to become their senior planner, heading the planning division. Mr. Ayoub was recently appointed by Mayor Wild to serve the City of Westland as its director of planning. He oversees the day-to-day planning and zoning duties along with taking charge of updating the zoning ordinance and long-term planning strategies. He holds a B.A. in urban studies and a master's of urban planning. One day he hopes to attend Wayne State University once again for a J.D. Mohamed was also elected in 2018 by his peers to serve as a board member for the Michigan Association of Planning. 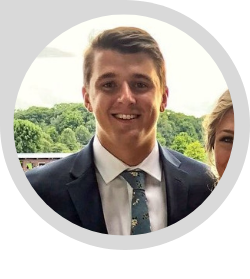 Andrew was hired as the planning and zoning coordinator for the Village of Barrington, Illinois – a Chicago suburb with a population of around 10,000 people. Andrew reviews all village permits for zoning compliance and handles all zoning and signage inquires. He also serves as the staff liaison to the Zoning Board of Appeals and the Bike and Pedestrian Advisory Committee. 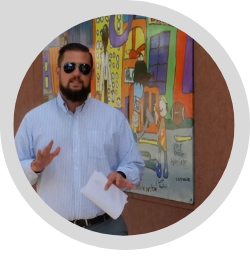 T. J. is a community planner with United Way Neighborhood Renewals in Windsor, Ontario, Canada. He primarily works in the Ford City neighborhood and consults on the other neighborhood strategies in the city. He also was a panelist at the Congress of New Urbanism, CNU 24 Detroit. Since 2012, Kibibi has worked as a program manager at the Detroit Food Policy Council. She oversees community education and engagement activities and organizes the annual Detroit Food Summit, now in its seventh year. A lifelong Detroiter and long-term gardener, Blount-Dorn has previously worked with Detroit Summer, the Garden Resource Program Collaborative, Eastern Market Corporation, and the Detroit Black Community Food Security Network, among others. She lives in Detroit with Rachel, her wife, and their sons, Sebastian and Elijah. 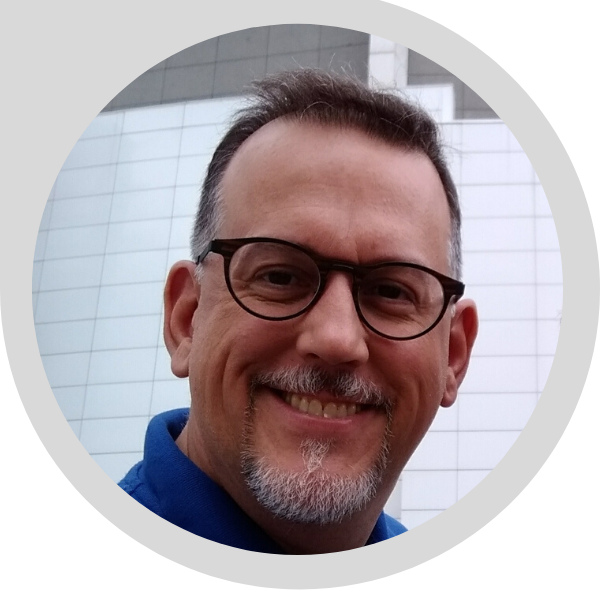 Michael Boettcher received his M.U.P. from WSU in 2003 while working for the Detroit Planning and Development Department. He went on to run two downtown development organizations, staffed a few community development nonprofits and is currently Wayne County's program manager for HUD community development grants, with a side of Detroit architecture and history tours for Pure Detroit and tons of freelance customers. 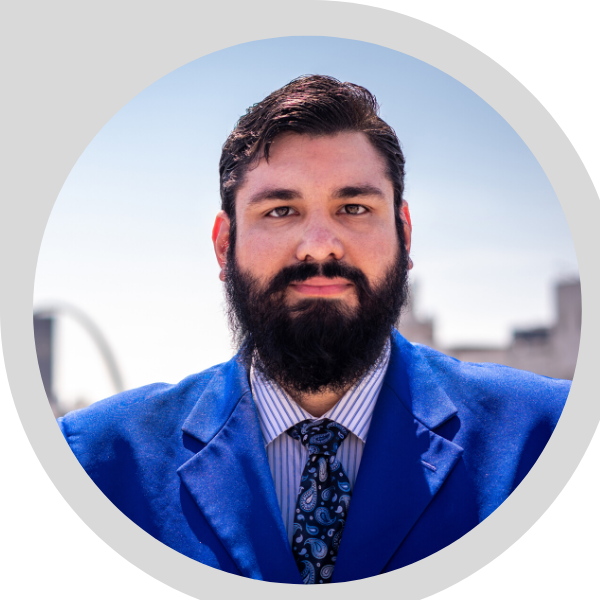 John Cruz is the data management coordinator for Rise Community Development in St. Louis, MO. In a position he describes as part urban planner, part data scientist, John specializes in neighborhood-level data for community development with a very active role in community master planning, community engagement, municipal planning/consulting and affordable housing development in addition to running the GIS and IT operations at Rise. He is also an executive board member of the APA-MO's St. Louis Metro Section, chairing the Communications Committee and responsible for maintaining the website and emailing membership – the same role he used to hold in WSSUP! 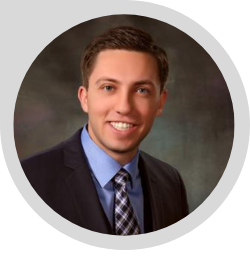 John works for the Macomb County Department of Planning and Economic Development as a community planner. He is also a committee member on MAP's Information and Education Committee. This past year, John led a county effort to unify and modernize local community industrial ordinances to better reflect modern development practices and to create a predictable development review process that would optimize the county's business attraction efforts. John continues to advocate for a regional approach in the development of local ordinances and will be pursuing the creation of a model sign ordinance next. 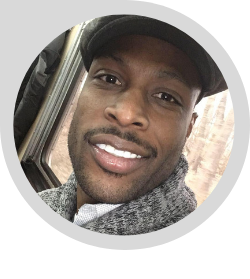 Taron is an insurance agent. Between September 2013 and June 2015, he leveraged a $356,000 HUD Federal Community Challenge Planning Grant for the City of Warren, OH. As a Zoning and Strategic Planner there, Cunningham also spearheaded updates to the city's Comprehensive Plan and proposed policy recommendations to codify sustainable practices and zoning. A resident of Toledo, OH, Cunningham continues to serve with the Full Gospel Baptist Church to plan, build, and ensure choice communities. 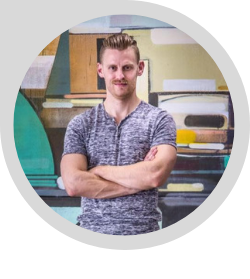 Dustin works for the Suburban Mobility Authority for Regional Transportation (SMART) as a transportation planner. He also volunteers with the Ferndale Downtown Development Authority's Design Committee. Hagfors spearheaded the "Putting the Art in SMART" campaign in Ferndale where a bus shelter was transformed into a functional piece of art. This project has received significant media attention as well as awards from the Ferndale Beautification Commission and Main Street Oakland County. 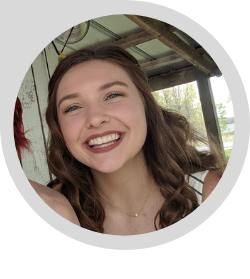 Katie continues to be busy working for the Safe Routes to School program at the Michigan Fitness Foundation. In addition to managing SRTS grant program, she chairs the Healthy Kids, Healthy Michigan, Physical Activity Community Policy Action Team and the Michigan Health & Wellness 4 x 4 Incentives Taskforce. She also continues to volunteer for Girls on the Run, Destination Imagination, and Meals on Wheels. Khalil serves as the Southeast Michigan outreach coordinator with the Alliance for the Great Lakes. She is has worked on several sustainability efforts in Detroit, as well as neighborhood visioning, green infrastructure, climate justice, Complete Streets and food system initiatives in the metro area. Ligon is involved with numerous organizations, including the Great Lakes Leadership Academy, Detroit Eastside Community Collaborative (DECC), the U.S. Green Building Council, FoodPLUS | Detroit, Michigan Association of Planning, Detroit Greenways Coalition and Detroit Young Professionals. She resides in Detroit's Airport District, enjoys traveling and attending concerts, and is a film and football enthusiast. Robert is a project manager at Rock Ventures LLC. His duties include preparing recommendations and implementing action plans for the firm's real estate projects, with specific attention to Detroit's urban context. A recent project includes the Motor City Mapping Survey, in which he supported the Blight Removal Task Force in the design and implementation of a mobile app survey of 380,000 parcels in the city of Detroit. He also assisted in the Blight Removal Task Force Report (published in May 2014). Martha is currently the small business services strategy manager for the Detroit Economic Growth Corporation. She previously worked as the economic development executive with the City of Hamtramck, where she worked on business attraction and retention for Michigan's densest, most diverse city. Potere also graduated from the Urban Land Institute Michigan's Larson Center for Leadership and complete her tenure as a member of the Detroit Revitalization Fellows' third cohort. December of 2015, Potere said 'yes' to Steven Wiltse (M.U.P. 2014), and were married in October of 2016. The two moved into their historic Hubbard Farms home in May 2017. In 2015, Erica was named permanent director of Data Driven Detroit, the research organization that plays a wide role in city projects. Previously, she served as acting director of the organization, a program of Michigan Nonprofit Association. Raleigh manages the day-to-day operations of Data Driven Detroit, including the Motor City Mapping Project and the Detroit Blight Removal Task Force. A native Detroiter, Robin earned a B.A. in economics, M.U.P., a graduate certificate in economic development, and an M.A. in sociology at Wayne State University. She is also a certified project management professional with the International Project Management Institute, and certified trainer with the Professional Woman Network in Kentucky, co-authoring seven books for PWN Publishing. Recently promoted to PTF2, she teaches Introduction to Urban Studies at WSU. West Smith served as the keynote speaker for the First United Methodist Church Women's History Month luncheon. She currently is building her own company brand as a self-development leader with the WADE Center for Self-Development, LLC, focusing on training seminars and workshops.

In October 2019, Robin and photographer Shan Wallace conducted a program about the Wall on 8 Mile Road. In addition to Robin and Shan's, Ron Finlay hosted a discussion about "invisible walls" and food deserts in cities coast to coast. Michael P. Woods, AICP is a planner with Oakland County where he focuses primarily on economic and community development through master plan and zoning review, marketing and providing planning technical assistance to local communities. He started his career in Polk County, FL as a GIS Technician before moving back to Michigan to work as a transportation planner at SEMCOG. From there he migrated to a global Transportation Engineering firm where he focused on Road/Pedestrian safety and Transportation Asset Management Plans, which allowed him the opportunity to live and work in the United Kingdom. He spent the last seven years in Traverse City as a community planner for the Regional Planning Agency, Networks Northwest and as managing director of the state's next Metropolitan Planning Organization, Traverse Transportation Coordinating Initiative. Michael has a B.S. in Geographic Information Systems from Michigan State University and completed his Master of Urban Planning with Wayne State in 2010. He lives in Berkley with his wife Amanda and young daughter. Irvin has been working at Mckenna for less than a year in the Detroit office as an assistant planner, aiding senior staff in updating plans and quantitative information. He is responsible for reviewing plans and ordinances for cities and townships, executing fieldwork, and reviewing community outreach processes. Irvin works to synthesize ordinances to guide communities through the development process. In addition to the M.U.P. degree, Irvin also received his undergraduate degree in urban studies at WSU. Peter has led the creation of a three-year strategic plan for the new Mecklenburg County (N.C.) Office of Economic Development, facilitated a comprehensive small business ecosystem analysis and begun hiring based on these reports. Next up is an analysis of the county's workforce development, and developing programs and policies to enhance economic mobility for residents. Zeiler's team is also expanding its job creation incentive program to the growing suburbs of Mecklenburg County to better align housing and employment center mixes. His wife, Bhavna Gvalani, and he welcomed their daughter Lylah Savitri on March 18, 2016. A team in which Xiao (Amy) Zhou participated in the WSU Hackathon competition in 2017 took first prize in the event's advanced level as well as in its "use of Echo Dot Voice service" and "venture funding one-hour consultation." The contest attracted more than 300 participants. Zhou's team worked on a project intended to increase pedestrian safety in suburban communities. She is currently engaged in the civil engineering/transportation engineering Ph.D. program at Wayne State.

Department of Urban Studies and Planning