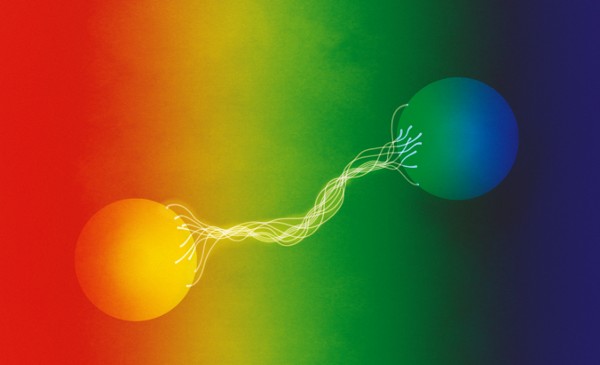 The Nobel Prize in Physics for 2022 has officially been awarded to Drs. Alain Aspect, John F. Clauser and Anton Zeilinger "for experiments with entangled photons establishing the violation of Bell inequalities and pioneering quantum information science."

When two or more particles exist in what is known as an "entangled state," even when the particles are separated, what occurs to one of the particles will determine the actions or effects on the other particle(s).

Uneasy with this nonlocal property of entangled quantum states, Dr. Albert Einstein described it as "Spooky Action at a Distance", and suggested the nonlocality was not a real effect but a manifestation of the incompleteness of the quantum theory, requiring the assumption of unobservable "hidden" variables to restore local causality. In 1964, Dr. John Bell published a famous theorem providing inequalities, whose violation would demonstrate quantum nonlocality and the inexistence of local hidden variables.

Dr. Clauser, along with his colleague Dr. Stuart Freedman, performed their first experiment to test Bell's theorem in 1972, continuing it in 1976, and eventually provided the first proof that Bell's inequalities are violated. In the 1980's Dr. Aspect conducted Bell test experiments while working on his Ph.D. which provided more support for the violation of Bell's inequalities and closed a loophole in the experiment. In 1998, Dr. Zeilinger tested Bell's inequality, closing what was considered to be the final loophole, and later demonstrated quantum teleportation.

In 2010, these three were awarded the Wolf Prize in Physics "for their fundamental conceptual and experimental contributions to the foundations of quantum physics, specifically an increasingly sophisticated series of tests of Bell's inequalities, or extensions thereof, using entangled quantum states."

The work and contributions of these three incredible scientists have significantly helped in furthering our understanding of quantum mechanics.