First students graduate with B.A. in astronomy from Wayne State 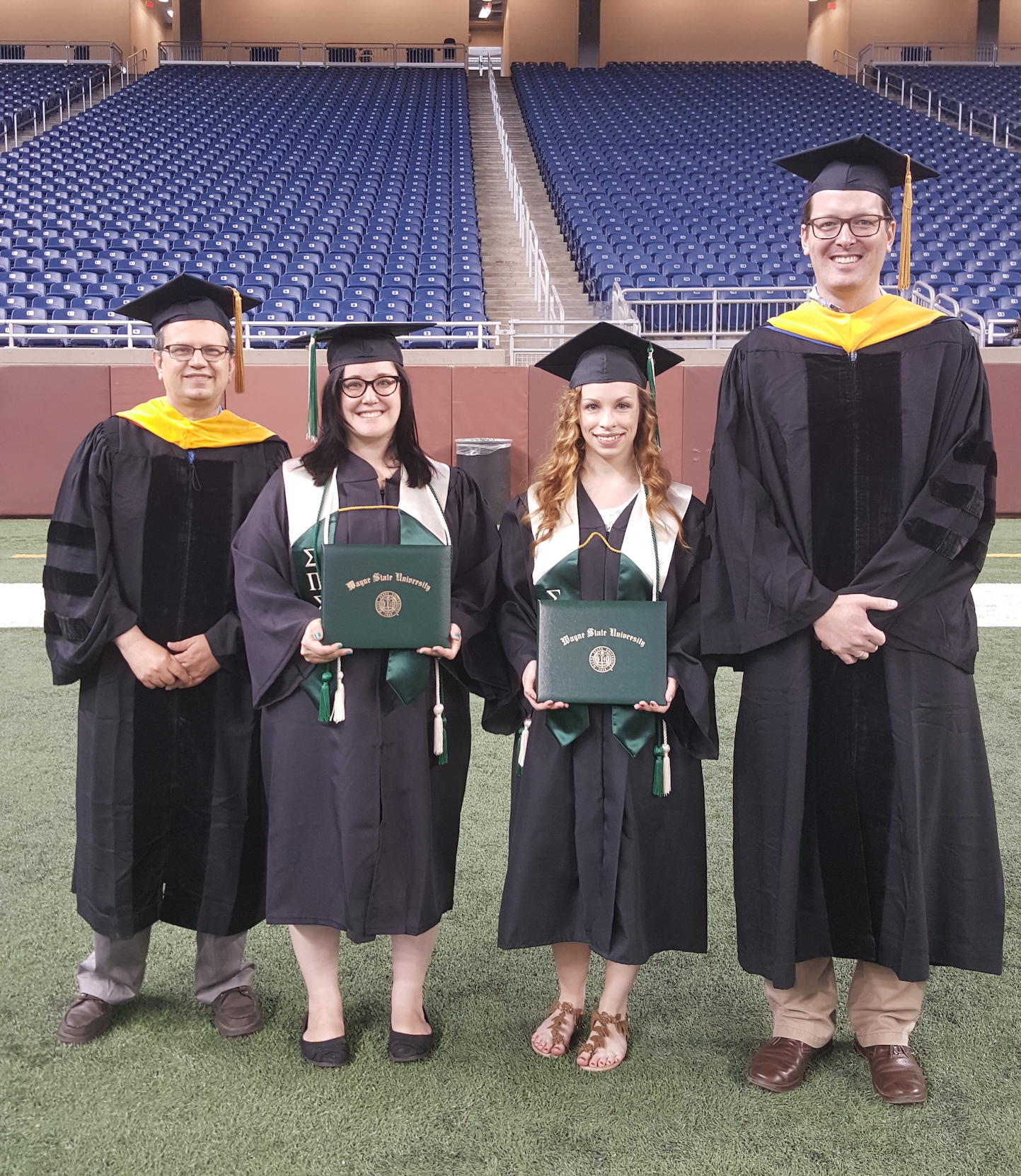 That wasn’t enough for Rachael, who also got a B.A. in classics on top of that!  After graduating from Wayne State both Renee and Rachael are going onto to graduate school. Renee will be pursuing a Ph.D. in Astronomy at the University of Michigan, while Rachael will pursue a Masters in Physics here at Wayne State.

Wayne State astronomer Professor Ed Cackett said “It is very exciting to see the first graduates from our new astronomy program. I’m looking forward to seeing many more students graduate in astronomy over the next few years as the program goes from strength to strength.”

On graduating with a B.A. in astronomy, Rachael said "The program has offered me many opportunities to grow both professionally and personally. I feel my classes, and especially the faculty, have prepared me to be a successful graduate student and I am looking forward to taking the next step."

Congratulations to all who graduated last week from the Department of Physics and Astronomy.