Professor Michele Ronnick's photo installation, "14 Black Classicists," is now on display at the William Bennett Bizzell Memorial Library at the University of Oklahoma, Norman, OK from April to May. 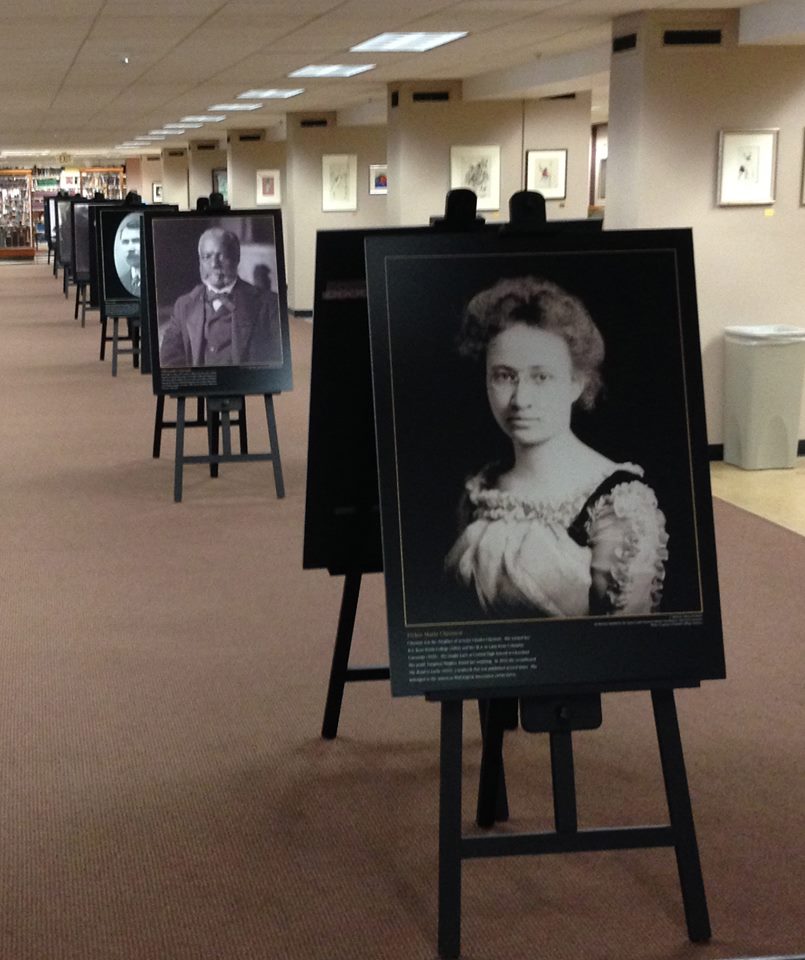 Its production was funded by two grants from the James Loeb Library Foundation, Department of the Classics at Harvard University. Ronnick will be giving an invited 50-minute address titled "Black Classicism and Black Intellectual Life in Oklahoma and Beyond" on April 22. This event is made possible with funding from the College of Arts and Sciences and Department of the Classics & Letters and African-American Studies Department.

The impetus behind this university-wide event is not unrelated to the problems that the campus has been having, i.e. that Greek (as in a fraternity) and people of African descent do not/should not equal racism.  The overarching goal "is to challenge notions [of bias in classical studies and in the academy at large] by celebrating African-American scholars who chose to study Greco-Roman civilization for its universal, human appeal, even in a time when most universities were closed to them. The scholars pictured here call us to expand our own notions of 'classical,' to be more aware of other cultures, ancient and modern. They call us to challenge the segregation of academic disciplines," said Samuel J. Huskey the chairman of the Department of Classics and Letters at OU.

Michele Valerie Ronnick is professor in the Department of Classical and Modern Languages, Literatures, and Cultures at Wayne State University in Detroit. Her work includes studies of Latin literature, the classical tradition and particularly its reception by people of African descent.  Her books include Cicero's Paradoxa Stoicorum: A Commentary, an Interpretation, and a Study of Its Influence (1991), The Autobiography of William Sanders Scarborough: An American Journey from Slavery to Scholarship (2005),  and William Sanders Scarborough: Black Classicist and Race Leader (2006).