The Department of Chemistry at Wayne State University strives to provide a nurturing environment to learn both inside and outside the classroom. As a community, want to highlight students working their hardest to take full advantage of this environment through classes, research and service in our department. These Chemistry Ambassadors show what great things Wayne State University students can achieve in the chemical sciences. 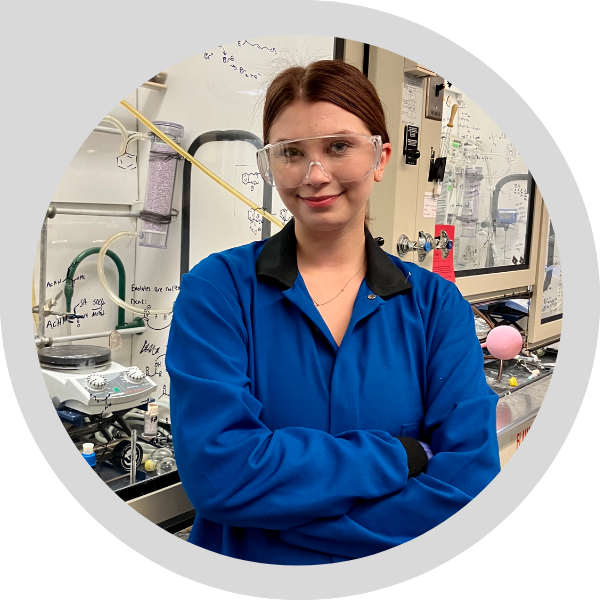 As a child, Elizabeth was born with an inquisitive mind. For that reason, she adored science of any kind, taking a particular interest in the field of chemistry. She was supported throughout her secondary education by physics and chemistry teachers who nourished her love of questioning and introduced her to the idea of having a career in the field.

Coming into Wayne State, Elizabeth had no idea she was entering a vibrant and diverse community that supported and uplifted other inquisitive minds like hers. She found intrigue and complexity in her coursework and was invited to become a peer mentor for Dr. Tomco’s CHM 1020 class for the winter 2022 semester. As she got more involved in the department, Elizabeth made connections with other students and professors, which eventually led her to Wayne’s chapter of the American Chemical Society (ACS). There, she met inviting peers who created an accepting environment for freshmen like herself, presenting leadership and research opportunities previously unknown to her. Eventually, she became the 2022-2023 recruitment chair for ACS, where she enjoys connecting with other students in the department, providing resources and tutoring.

Through an honors research project, Elizabeth became acquainted with Dr. Jennifer Stockdill, which drove her to change her focus from becoming a medical doctor to attaining a Ph.D. in Organic Chemistry. In the spring of 2022, Elizabeth was invited to join Dr. Stockdill’s lab as a researcher with an emphasis on NtoC peptide synthesis and organic mechanisms. She hopes to continue this pursuit and plans to research viruses for the WHO or delve into the field of astrochemistry studying biological trace signatures in space. 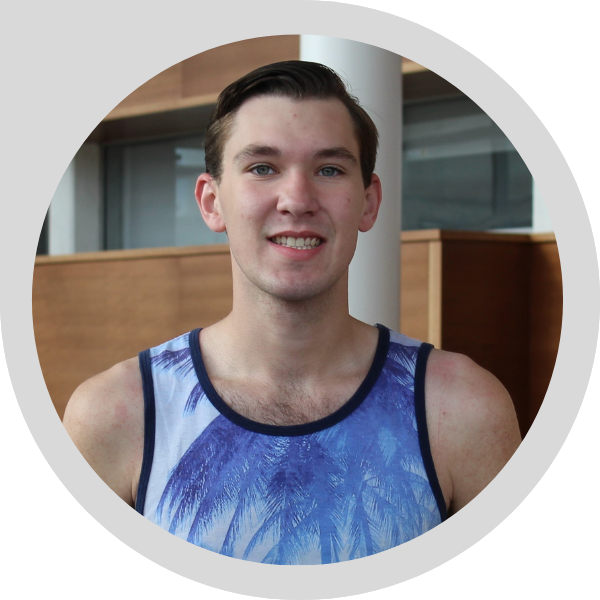 During his second year at Wayne, Justin began investigating research opportunities in the chemistry department. After reaching out to several professors whose research looked interesting, Justin met with Professor Jeremy Kodanko, who runs a cutting-edge lab studying research in organic and organometallic chemistry. His initial work in Professor Kodanko’s lab involved the basics of scientific research: reading, analyzing, and critiquing the existing literature in published papers. Justin learned about chemical mechanisms and characterization techniques quickly from his new, fellow group members. In particular, he helped graduate students prepare better public presentations for conferences and candidacy exams.

Following a year of learning chemistry research remotely due to COVID restrictions, Justin worked with Professors Kodanko and Thomas Kocarek of the Wayne State Department of Pharmacology to prepare and win a Barber research award in May 2021. The Barber program seeks to enable interdisciplinary, undergraduate research across the Wayne State campus by paying students stipends for their research efforts. In his project, Justin is trying to synthesize Iridium(III) probes to understand the behavior of a superfamily of enzymes called Cytochrome P450. Specifically, Justin is designing, making, and characterizing Ir(III)-containing molecules to probe the enzyme CYP3A4, which is the main enzyme for drug metabolism in human liver cells called hepatocytes. Justin and his team hope to better understand how the human liver breaks down drug molecules to increase their life span in the human body and reduce unwanted side effects.

In addition to feeding his interest in chemistry, Justin has found doing research in the chemistry department gives him a sense of community that he didn’t get from just taking classes. Most importantly, he finds it really cool that the professors treat undergrad researchers as equals who have something to contribute scientifically. Moreover, unlike classes, you can talk to lab mates who have a wide range of knowledge to help you understand chemistry more completely. There’s no need to find a tutor! As of right now, Justine plans to pursue a Ph.D. in organic chemistry and work as a researcher designing and optimizing drugs to better people’s health. 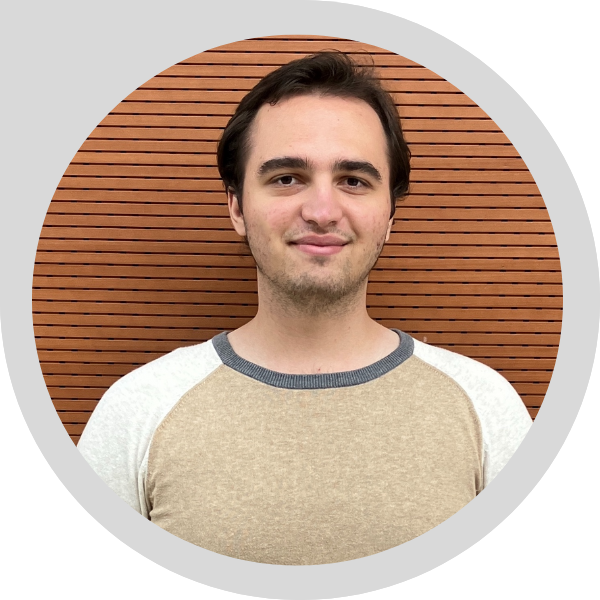 After attending Stevenson high school, Rei decided to pursue a major in biochemistry and chemical biology at Wayne State University. Once he joined the department, Rei quickly became interested in pursuing research to learn chemistry in a more hands-on fashion and expand his understanding. In his first year, he was accepted into the Stockdill lab.

Rei’s research is currently focused on studying lanthanide binding peptides for applications in the recycling of electronic waste and rare earth metals. Finding ways to reuse these precious metals would help keep the environment cleaner and make the U.S. more independent in developing imaging technologies for medical diagnostics. In addition to these research activities, Rei has also worked as a peer mentor for the department of chemistry. As a peer mentor, Rei helps students in chemistry courses navigate the curricula, understand the chemical principles being taught in those courses, and better prepare for homework assignments and exams.

In addition, Rei serves as the vice president of the American Chemical Society student chapter at Wayne State. Outside of the lab and chemistry Rei enjoys running long distances, traveling and trying out new recipes. Rei plans to obtain a Ph.D. in Chemistry, starting a career in academic research and teaching. He would like to continue his focus on peptide synthesis and total organic synthesis. 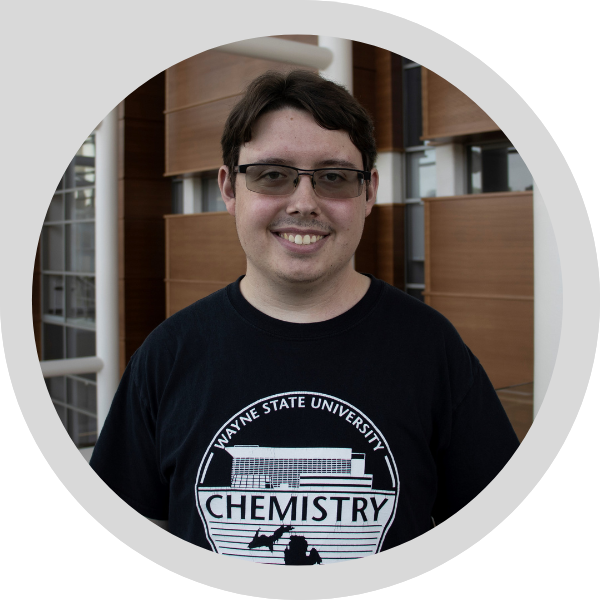 After yearning for more opportunities to pursue advanced STEM questions as a high school student, Vince was very excited to join the chemistry department at Wayne State. He knew many faculty members were doing interesting research in the department. Moreover, being a premier research university in the urban setting of Detroit, Vince knew he would be exposed to a more diverse community, which would allow him to grow his communication skills.

While Vince originally planned to list all the faculty and rank them in terms of his interest in their respective research, he initially spoke with Professor Charlie Fehl since Dr. Fehl was attending a mixer for undergraduate students. After their conversation turned into discussing research questions about the biochemical processes most interesting to Vince's intended career, he became very excited to pursue research with Professor Fehl.

Once Vince began working in the actual lab, Professor Fehl helped plan a path that would expose him to methods used extensively in work Vince really wants to do: gene editing. Vince plans to use this experience to pursue studies in molecular biology or cellular biology graduate program and wants to follow an academic career track. Vince feels the experience of being an undergraduate researcher will help him in other important ways. Being able to engage with people across several cultures and learn from people with different backgrounds enhanced Vince's research experience. Vince recently earned a James C. French Undergraduate Chemistry Scholarship for his outstanding performance in chemistry classes and activities doing research in Professor Fehl's lab. 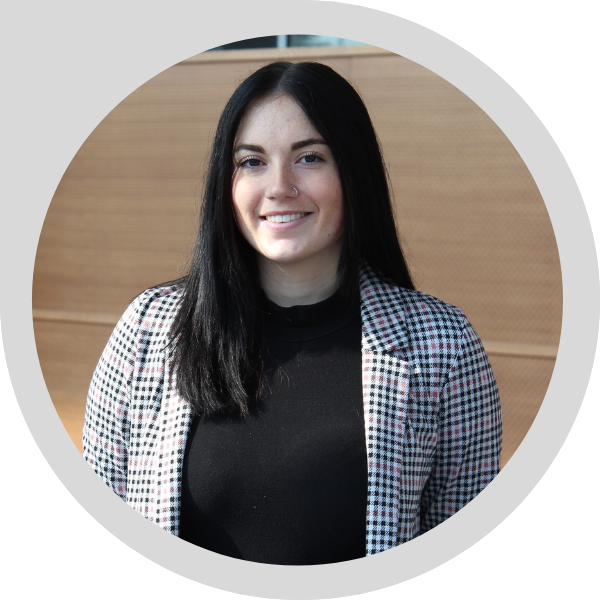 After her first semester at Wayne, Zoee met with chemistry department chairperson, Professor Matthew Allen, as part of the department’s program to welcome new students. This meeting informed her about research opportunities for undergraduate students and how these opportunities impact students’ experience at Wayne State. Since she was projected to graduate early, Zoee wanted to get involved in exciting research opportunities happening in the chemistry department as soon as possible. After reaching out to potential advisors, Zoee decided to work with Professor Jennifer Stockdill whose group investigates biomimetic molecules as novel cures to persistent diseases and probes microbes. Given her past success working with undergraduate students, Professor Stockdill was happy to take Zoee into her group on projects aimed to improve chemistry education. Even though those projects were disrupted by COVID, Zoee was persistent in pursuing the right research project for her.

Once undergraduate students were allowed to re-engage in research activities during mid-2021, Zoee got into the lab to work on a project supported by the Barber research program, which seeks to enable interdisciplinary, undergraduate research across the Wayne State campus. In her project, Zoee wants to understand the impact of the biochemical agent anabaenopeptin on human health.

Among other things, these biomarkers can act as signatures of harmful bacteria in the fresh waterways of southeast Michigan and can tell us if water is safe to use for drinking, swimming and fishing. Zoee is working with Professor Stockdill and Dr. Judy Westwrick of the chemistry department in collaboration with Professor Andrew Fribley of the Wayne State Medical School. Zoee will develop novel methods to make synthetic versions of anabaenopeptin while her collaborators will analyze their structure and toxicity. Zoee hopes to use this research experience to prepare for a career as a medical doctor researching the importance of genetic ancestry in women’s fertility or forensic pathology.