The National Endowment for the Humanities (NEH) announced $24.7 million in grants for 208 humanities projects across the country. Wayne State Department of Anthropology Chair Dr. Krysta Ryzewski received more than $74,000 for The Hamtramck Historic Spatial Archaeology Project.

Dr. Ryzewski will serve as project co-PI along with Dr. Dan Trepal and Dr. Don Lafreniere from Michigan Technological University. Greg Kowalski, the Executive Director of the Hamtramck Historical Museum, and the Hamtramck Historical Museum's Board of Directors will collaborate on the project. The grant will fund Wayne State anthropology graduate students to assist with the 18-month project, which is scheduled to begin in June 2022. 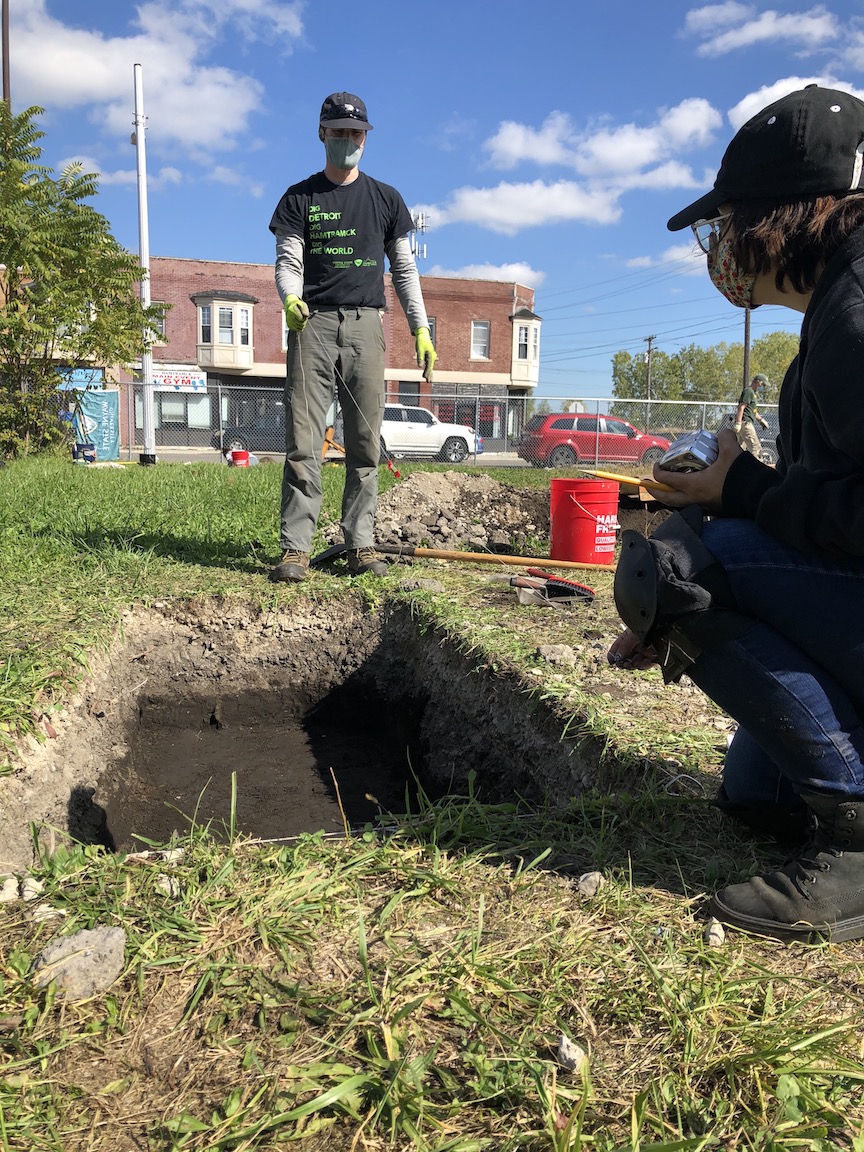 The Hamtramck Historic Spatial Archaeology Project received NEH funding from the Preservation Access Research and Development Grant Program to support the early-stage development of a Historic Spatial Data Infrastructure (HSDI). This project will be among the first attempts to link archival, archaeological, and geospatial data across time and space. The HSDI will be designed to remedy disconnections between historical and archaeological data sets. These disconnections between different forms and types of data pose significant shortcomings for examining the histories of less visible, historically underrepresented communities, whose traces tend to survive more prominently in the archaeological record. This is especially the case in Metro Detroit, a region shaped by prominent processes of industrial expansion and urbanization over the past century. For Hamtramck and Detroit's historically marginalized and underrepresented communities, this lack of data integration reinforces long-standing barriers to access and exclusion from cultural heritage narratives.

Over the course of the project, the Hamtramck Historic Spatial Archaeology Project team will produce a prototype HSDI based on the case study of the Old Hamtramck Center site, where Wayne State University archaeology students have been conducting excavations since 2018. The Hamtramck HSDI will result in the creation of a prototype open-access digital deep map of Hamtramck. The HSDI and the digital deep map will demonstrate how seemingly disparate strands of historical knowledge can be evaluated, integrated, and represented in a digital, open-access format. This open-access digital deep map will improve public access to cultural heritage information, preserve digital data, and establish an advanced mode for organizing and analyzing historical and archaeological data.

The first phase of the project in 2022 coincides with the 100th anniversary of Hamtramck’s founding as a city in 1922. The city and the museum are planning major commemorative events throughout the year and the project team will participate to help attract new audiences into the Hamtramck Historical Museum, engage them in conversations about Hamtramck’s immigrant and working-class heritage, and promote the role of historical and archaeological data in contributing to its preservation.