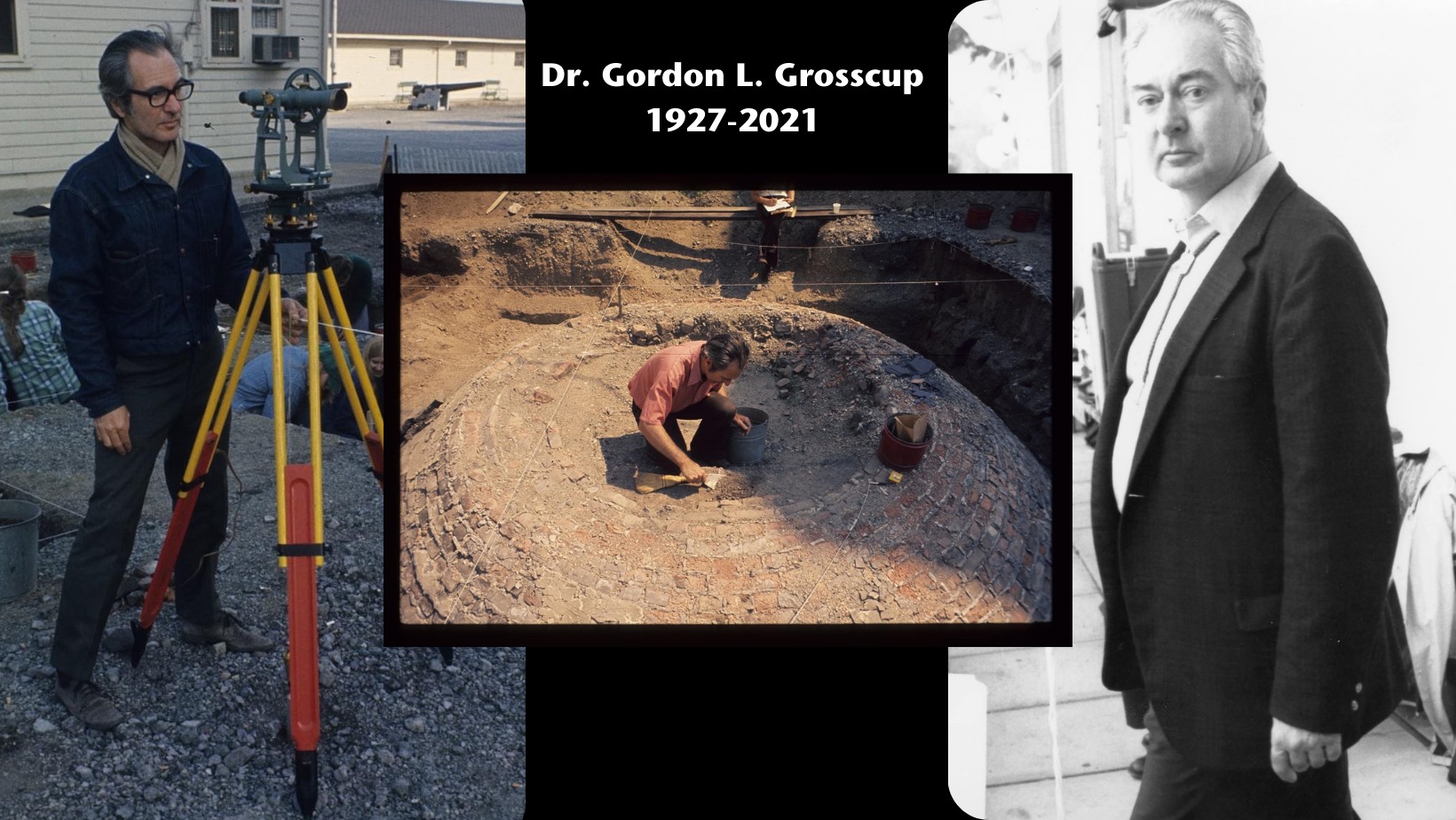 Dr. Gordon L. Grosscup, emeritus professor of Anthropology at Wayne State University, passed away on November 9, 2021, in his home in Detroit, MI.

Gordy, as he was known to friends and colleagues, was born on January 5, 1927, in San Francisco, California. He served in the U. S. Navy during World War II from March 1945 to July 1946. After his service, Gordy attended the University of California-Berkeley, where his main focus was on anthropology and archeology, earning a Bachelor of Arts degree in 1950 and a Master of Arts in 1959. He then received a Ph.D. in 1964 from the University of California-Los Angeles, developing a ceramic chronology for the site of Amapa in west Mexico (Grosscup, 1964).

Throughout the 1950s Gordy worked on numerous archaeological projects in California and the Great Basin, publishing several technical reports on his work. He took a position as Visiting Assistant Professor at the University of Utah during the 1960-61 academic year and continued to teach classes there, as well as serve as the curator of the University of Utah Museum, until 1964.

In 1964, Gordy followed his friend and colleague Dr. Arnold Pilling to Detroit to work at Wayne State University. During his years at Wayne State Gordy taught field schools throughout the region, including work at Moross House, Trowbridge House, and Historic Fort Wayne. On Saturdays, he, Arnold, and their students could frequently be found monitoring construction projects throughout the city and collecting archaeological materials that were being disturbed. Gordy trained his students to meticulously document these collections for the university’s Museum of Anthropology. While at Wayne State, he supervised three graduate theses and sat on the committees of numerous other students. Additionally, numerous undergraduate and graduate students were trained in historical research, archaeological methods, and museum curation standards by Gordy, and have gone on to be leaders in the fields of archaeology, history, and archival management. Many student research papers from this era are housed in the WSU Museum of Anthropology and continue to be a resource to current faculty and staff.

Over the years, Professor Grosscup produced more than 20 publications and mentored numerous students and faculty through their careers. Together with Arnold Pilling, he developed an extensive comparative collection of ceramics and a contemporary artifact identification library, which are housed in the Museum of Anthropology. In addition to his work on the collections and with students, Gordy was a generous donor. His material and philanthropic contributions to the museum and its research library over the years have been instrumental in making the facility the important resource it is today. His annual and major gifts since 1978 made him the largest supporter in the history of the Department of Anthropology. With student support always at the forefront of his mind, Dr. Grosscup endowed two scholarships to award students for their contributions to the Museum of Anthropology and archaeological research. Both of these scholarships were named in honor of two of his students, C. Steve Demeter and Alan Hugley. In recognition of his many contributions to the Museum of Anthropology, the institution was renamed the Gordon L. Grosscup Museum of Anthropology on the occasion of its 50th anniversary in 2008.

Gordy’s impact on members of our department has been significant and substantial. Gordy frequently hosted gatherings for the department at his house on Canfield Street, and regularly enjoyed conversations about archaeology and anthropology with colleagues, students, and alumni at local watering holes, most frequently of late being the Traffic Jam. A regular at the Museum of Anthropology, even in retirement, he was always ready to give advice about the museum, Michigan archaeology, or an array of other topics. Numerous students have reported back over the years about the different things Gordy did to help them successfully get through a course, or even college itself. He had a great sense of humor and was the

likable kind of person you were glad to have as a colleague and teacher. It was for these reasons, among others, that a former student endowed an undergraduate research fellowship in Gordon’s name. Department member, Dr. Tom Killion, thinks that if Gordy could see us now, making a big deal about him, he would look on our lauding and opining with a certain amount of distaste. That is likely true, but he is nonetheless deserving of these fond reminiscences and accolades.

A memorial event will be held by the Department of Anthropology in early 2022.