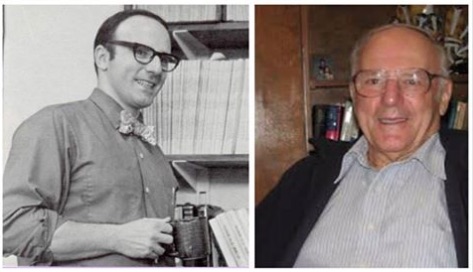 With heavy hearts, we are remembering our colleague John P. Oliver who passed away on October 3, 2016. John began his career at Wayne State University in 1959.

During his 51 plus years of service, he served as a professor, mentor and researcher. John also spent many years involved in a wide variety of administrative positions including associate dean of Research and Development, interim dean at CLAS, deputy VP for academic affairs, vice president for research, and director for the Institute for Manufacturing Research.

As a chemistry professor, John's research has focused on the synthesis and characterization of organometallic compounds, particularly those of the main group elements including Li, Al, Ga, In, Si, Cd, and Hg. These studies include the syntheses of new materials and characterization by single-crystal X-ray diffraction and by variable temperature and multinuclear NMR spectroscopy.

Dr. Oliver was profoundly involved with alumni activities and fundraising.