Nearly 2,000 miles away from the glow of Detroit's skyline, in the desert of southwest New Mexico, sits the Dan Zowada Memorial Observatory — Wayne State University’s newest gateway to the cosmos.

The observatory and land were recently gifted to WSU's Department of Physics and Astronomy by Russ Carroll, a retired entrepreneur and astronomer, in honor of his late childhood friend, Dan Zowada.

The two met in elementary school, but a shared love of science fiction and astronomy cemented their friendship in junior high. They spent hours exploring the night sky together in their hometown of Rochester, Michigan, but lost touch after high school. Carroll’s career in science and technology led him in many different directions over the subsequent decades, but he never forgot the lasting impact of his friendship with Zowada.

In 2015, Carroll received the devastating news that Zowada had lost his battle with cancer at just 54 years old. “I didn’t realize it until after he had passed away, but Dan had a significant impact on me and my faith," says Carroll. “Dan was a kind person who cared deeply about people. He was special and you were fortunate if he was in your life.

"After he passed, I thought that these aren't the kind of people that we build monuments for, but maybe we should.”

That's exactly what Carroll did. When he came across an advertisement for 40 acres of land in Rodeo, New Mexico — an area well known amongst amateur astronomers as having some of the darkest skies in the country — he jumped at the chance to honor his friend in an extraordinary way.

We now have access to clear skies virtually every night of the year. For a university in Detroit, that’s remarkable.

College of Liberal Arts and Sciences Dean Wayne M. Raskind, who visited the site during a recent dedication ceremony, marveled at the darkness of the sky. “We’re so fortunate to have this resource,” he said. “The sky view is truly one of the best in the world.”

The observatory will be used by students in WSU’s undergraduate astronomy program as well as faculty looking to dive deeper into their space research. The desert dome houses a 20-inch PlaneWave robotic telescope that can be controlled from anywhere with an Internet connection.

"This is going to revolutionize what we're able to accomplish in terms of research, teaching and outreach," says Ed Cackett, an associate professor of physics and astronomy. "We now have access to clear skies virtually every night of the year. For a university in Detroit, that’s remarkable.”

Cackett has already used the observatory to monitor a series of black holes every night since gaining access to the technology. “One of the great things about this telescope is that it will allow us to look at the time variability of objects by checking in on them nightly," he says. “The fact that we don’t have to limit our time with the observatory is a huge advantage for our faculty and students. This will open the doors for us to get to the bottom of a lot of scientific questions.”

Off campus, this gift will have a lasting impact on young stargazers in metro Detroit and beyond. WSU physics and astronomy faculty plan to share observatory access with K-12 science teachers.

From searching for supernovae in faraway galaxies to completing citizen science projects, this technology will give students from all walks of life unique access to other worlds.

Carroll, a former board member of the Astronomical Society of the Pacific, couldn’t be more thrilled about this community outreach.

“Whether it’s in K-12 classrooms or through public events, it’s wonderful to think about the local community being exposed to using an instrument like this," says Carroll. “The fact that this is going to bring professional and amateur astronomers together is inspiring."

After all, the idea of camaraderie was at the heart of this gift. Now, following in the footsteps of Carroll and Zowada, it will also encourage countless children to create their own lasting friendships over the wonders of the night sky. 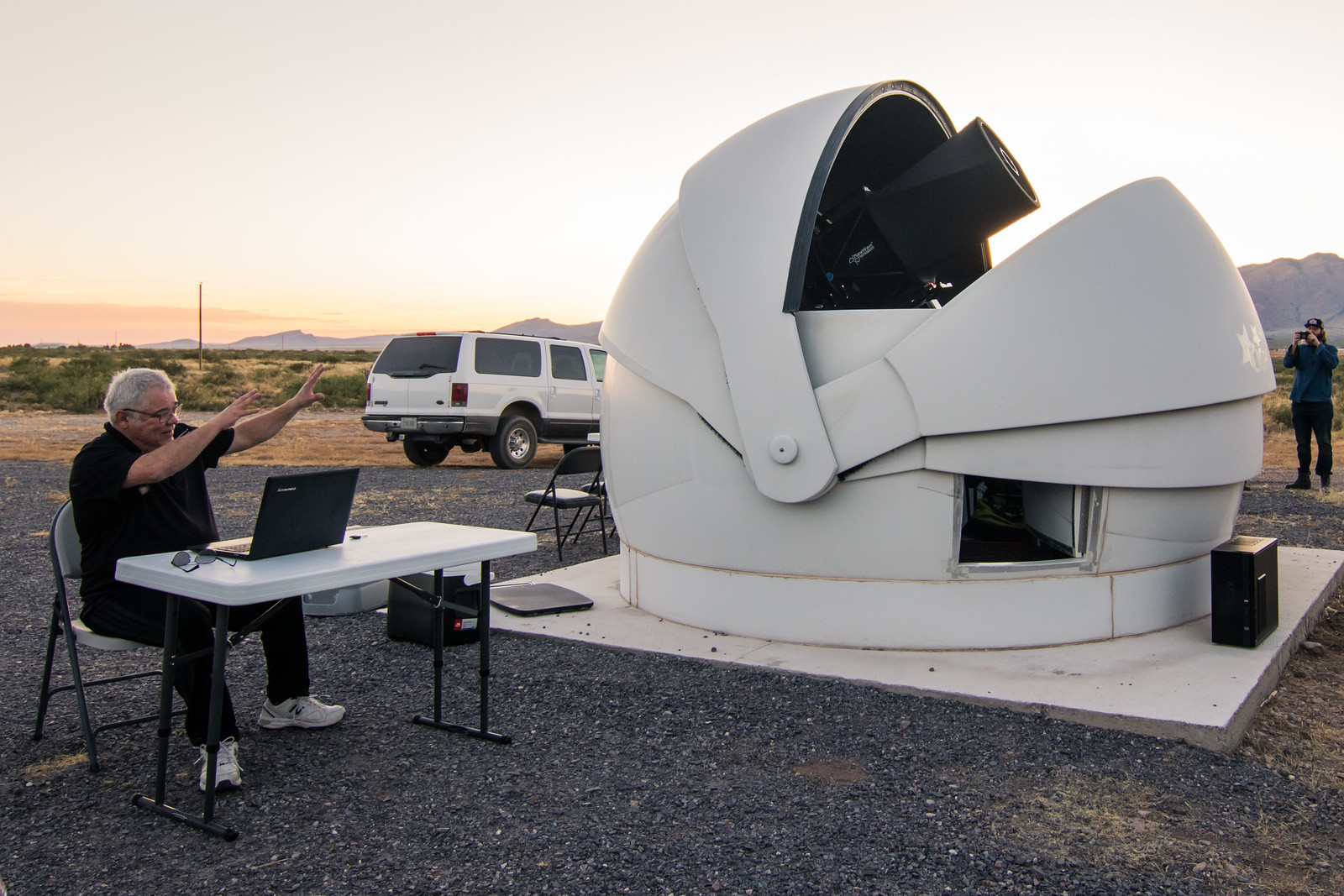 To learn more or donate to the mission of the Dan Zowada Memorial Observatory, visit go.wayne.edu/Zowada.