Dr. Khari Brown featured on WDET and The Academic Minute 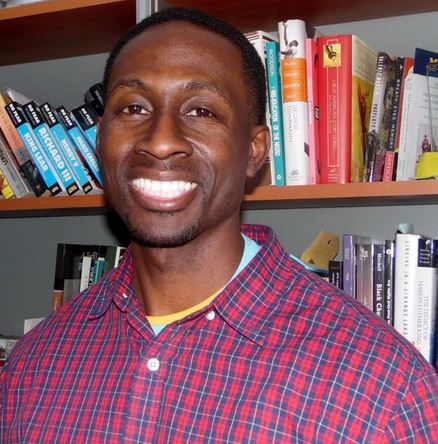 In light of current events, many Americans have been compelled to consider critical issues relating to race relations in this country. In an episode titled, "How Do We as a Community Move Forward after Racial Violence and Rhetoric?" Wayne State University Associate Professor Dr. Khari Brown joined host Sandra Svoboda and WDET callers to explore the dynamics of racial attitudes, community and politics in today's society.

In the radio show, Dr. Brown uses his experience to add sociological context to events that the nation has seen unfold in recent weeks. An expert in race, religion and politics, Dr. Brown teaches courses like: "Sociology of Race in Detroit", "Race and Urban Society", "Religion and Social Activism", and "Race Relations in Detroit", where he often discusses topics which parallel the WDET episode. Dr. Brown has also co-authored a variety of peer-reviewed journal articles that correspond to the show's sociopolitical focus.

Discussing attitude trends, rhetorical tactics and socialization, Dr. Brown brings empirical information to the station's callers, setting a pragmatic basis for some of the racially charged emotions and actions we often see in America and Detroit. Dr. Brown mentions that "research indicates that integration is a major factor" for decreasing hate crimes and racially motivated behavior but notes that Detroit's staggering segregation numbers can make it difficult for individuals to find common ground and express empathy for others unlike themselves. Dr. Brown relates this concept to the greater nation discussing ways that rhetorical tactics like "scapegoating" and "othering" can manipulate individuals' opinions of groups they have little to no interpersonal contact with, causing division on a national scale.

Obviously, the WDET panelists were unable to solve the nation's problems in one radio show, but valuable recommendations were offered, explaining what individuals, communities and universities can do to help remedy some of the societal disconnection that leads to violence, misunderstanding and pain.

Dr. Brown has also recently discussed his research on race, religion, politics and rhetoric in a segment with an NPR affiliate, The Academic Minute this month.

Listen to WDET's How Do We as a Community Move Forward after Racial Violence and Rhetoric?