Congratulation to the Undergraduate Physiology Quiz Team for placing second in the third annual Michigan Physiology Quiz (MiPQ). This year’s Quiz was held at Central Michigan University and involved six other Michigan schools including Ferris State (1st place) and Michigan State (3rd place). It was a tense and exciting race with our team relinquishing first place by a single point on the very last question of the entire competition. Well done to our team of undergraduates, pictured left to right: Mr. Zain Waheed, Mr. Hunter Dlugas, Ms. Stephanie Morgan and Ms. Olesya Diduk, with coach Dr. Patrick Mueller in the middle and the Quiz Master, Dr. Susan Barman from MSU, on the far right.

The development of the MiPQ team has been a close collaboration between the Departments of Biological Sciences and Physiology. This year’s undergraduate students were taught by Dr. Mark VanBerkum in his Bio3200: Human Physiology class. They were then recruited by Associate Professor of Physiology, Dr. Patrick Mueller and assisted in their preparation by a “team” of Physiology graduate students, each providingexpertise in the Physiology sub-disciplines covered in the MiPQ. Graduate student coaches included Cesar Barrabi, Peter Levanovich, Joseph Mannozzi, Carthic Rajagopalan, Kristin Richardson, and Candice Yap. The MiPQ is sponsored by the Michigan Physiology Society during its annual meeting, and will be held next year at Ferris State University at the end of June. Both undergraduate and graduate students attending the MiPQ are invited to present their research at the MPS annual meeting. The team would like to thank the Departments of Physiology for travel support and Biological Sciences for their support of the MPS meeting. 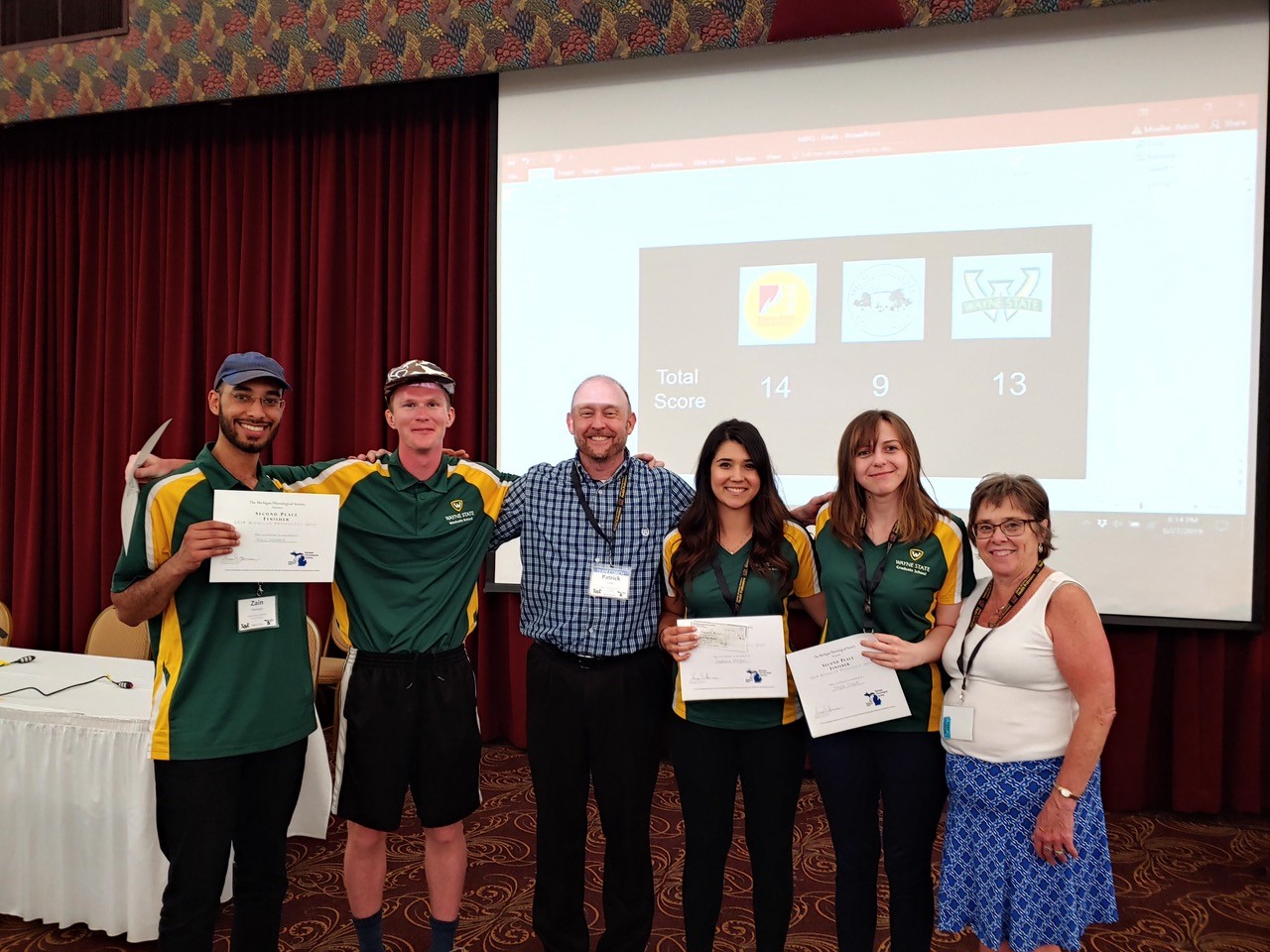