Why do responses to environmental cues or mood-altering drugs vary from person to person?  Answering this question is complex, but most would agree that genetic predisposition shapes our personalities and behavior. 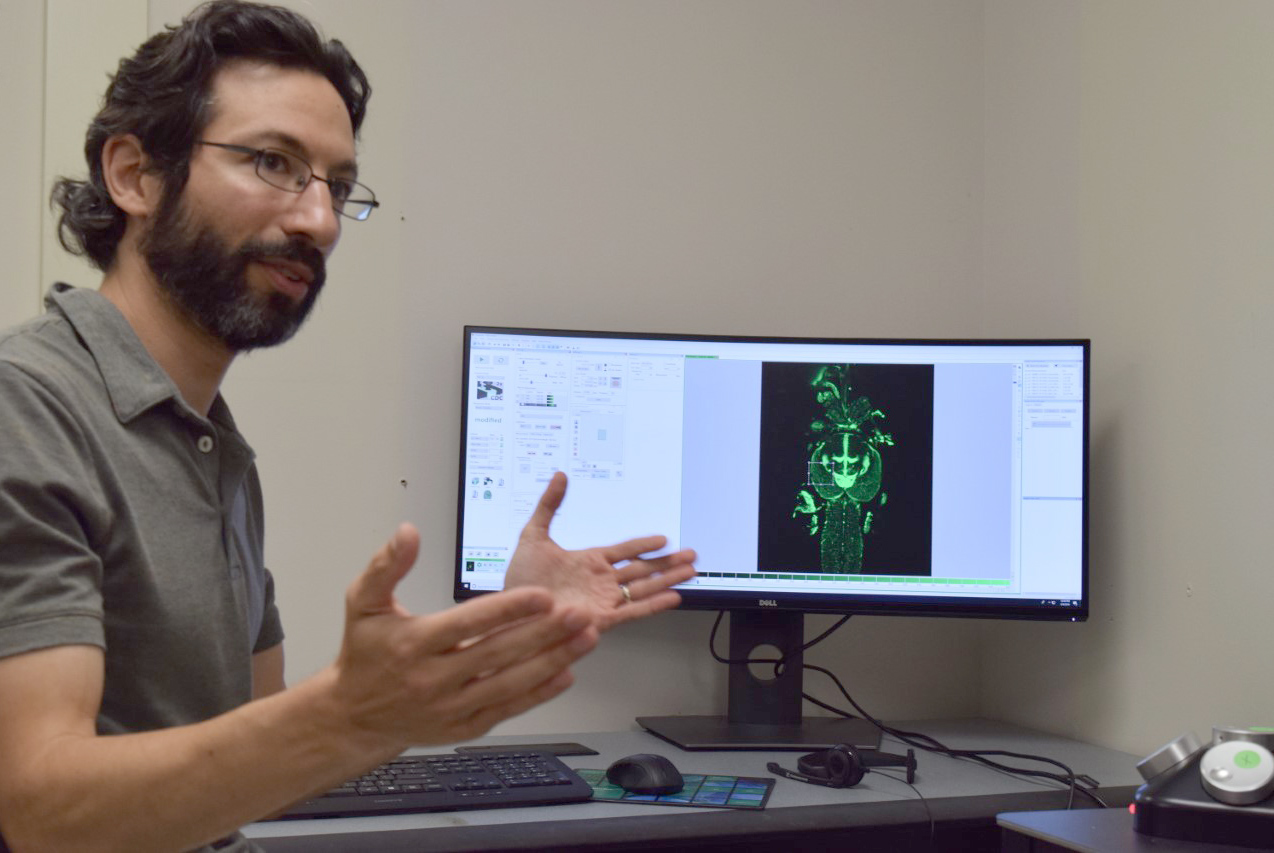 Dr. Justin Kenney has won an NIH Maximizing Investigators' Research Award (MIRA) (R35) award to study the contributions of genetic factors to behavioral differences in zebrafish. Wondering why the NIH would be interested in fish behavior? It turns out that the structures and neural pathways of the fish brain are quite similar to ours.

Since arriving at Wayne State, Kenney has completed an atlas of the adult fish brain and established techniques for measuring brain-wide neural activity. He also developed a tracking system to record and analyze swimming patterns that reveal the personalities of individual fish. For example, when moved to a new tank, some fish will swim near the bottom while others will boldly explore the whole tank.

Kenney and his students found that responses of fish from different laboratory strains can be quite distinct. This will ultimately help them to understand the molecular and neural basis for individual differences in behavior.

"This grant will allow us to understand the biological basis for individuality," Kenney said. "In particular, we want to understand why individuals behave differently even when placed in the same situation and how such individual differences are supported by distinct patterns of brain activity."