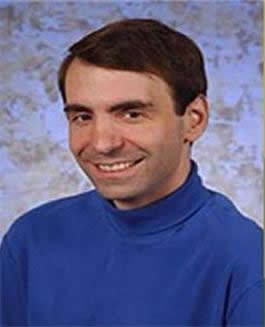 Dr. Brad Roth, Professor of Political Science and Law, received the prestigious Wayne State University Board of Governors Award for 2013. Dr. Roth has amassed a superlative record of research since joining Wayne State University in 1997. He has published two sole-authored books, Sovereign Equality and Moral Disagreement: Premises of a Pluralist International Legal Order (Oxford University Press, 2011) and Governmental Illegitimacy in International Law (Oxford University Press, 1999), and a co-edited volume, Democratic Governance and International Law (Cambridge University Press, 2000). He has also published over 30 journal articles and book chapters in some of the most prestigious university presses in our profession. The specific work for which the Board of Governors Award was conferred is Professor Roth's Sovereign Equality and Moral Disagreement: Premises of a Pluralist International Legal Order. This book was published in September of 2011 and has received critical acclaim in both the United States and abroad. The study examines the tension between the principle of sovereignty and the imperatives of international action based on moral standards. The work has been lauded as a "tour de force" and as "masterful, provocative, and important" by Tom Ginsburg (Leo Spitz Professor of International Law and Professor of Political Science, University of Chicago Law School) and David Caron (President of the American Society of International Law and C. William Maxeiner Distinguished Professor of Law, University of California, Berkeley, School of Law). Indeed, the book has had such widespread impact that it was cited in the popular press in an extensive essay on sovereign rights and its limitations by Michael Ignatieff in The New Republic.