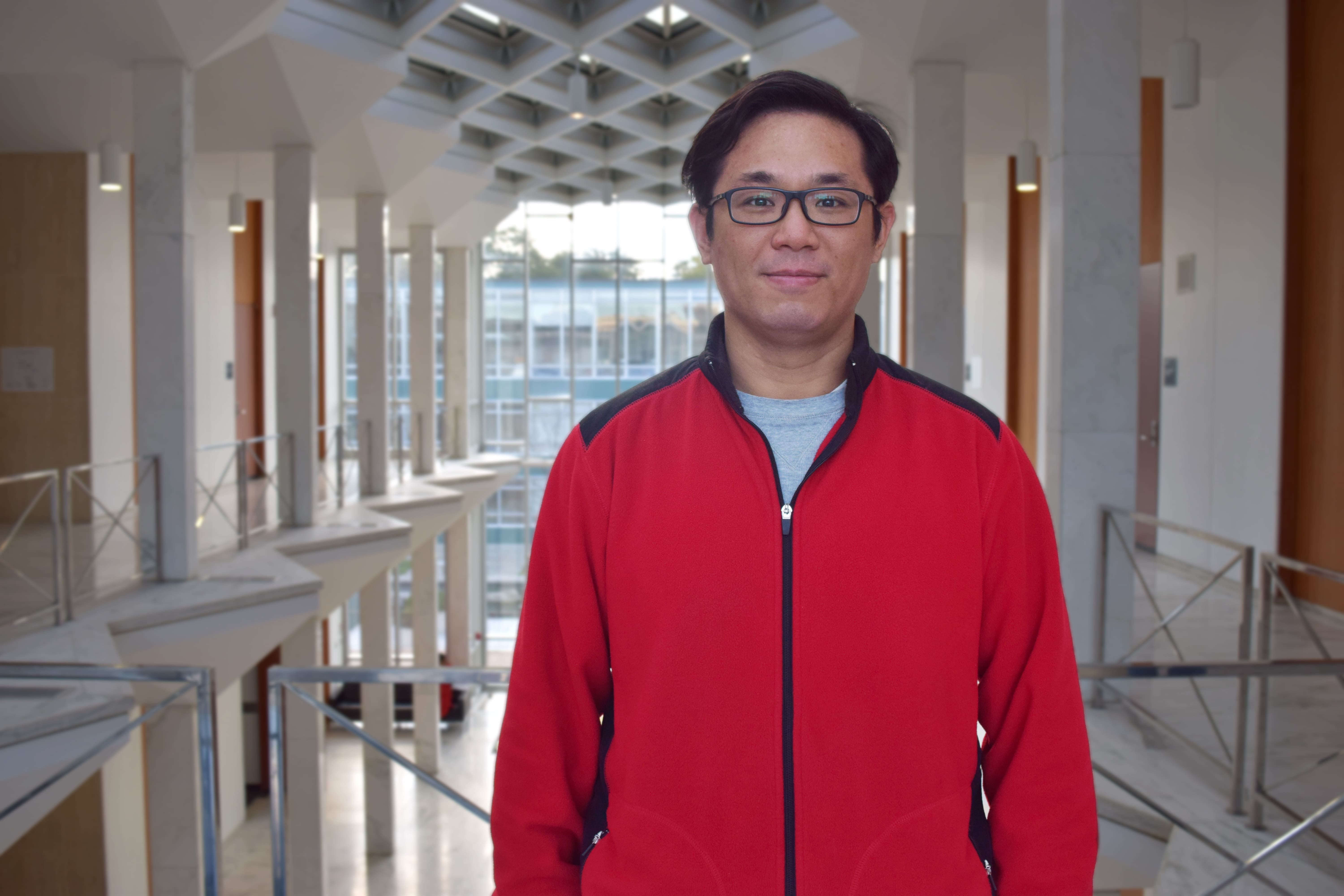 Chun Shen, assistant professor of physics at Wayne State University, is one of three recipients of the International Union of Pure and Applied Physics (IUPAP) Young Scientist Prize in Nuclear Physics for 2019.

The IUPAP Commissions seeks candidates for the Young Scientist Prize who have spent up to eight years conducting research after earning a Ph.D. Awardees will receive a medal, certificate and a monetary award. The IUPAP Commissions will sponsor a presentation at an international conference, according to its website.

"This recognition from the nuclear physics community has motivated me to advance and expand my research," said Shen. "With this encouragement, I'll continue to study the elucidation of the nature of fundamental matter under extreme conditions."

Through his research, Shen has created an extensive theoretical framework that allows for precision studies of the forcefully coupled quark-gluon plasma (QGP) created in nucleus-nucleus collisions at the Relativistic Heavy-Ion Collider in the U.S. and at the Large Hadron Collider in Europe. With this comprehensive framework, Shen was able to extract the transport property of the QGP: sheer, busk viscosities and charge diffusion constants.

Shen’s former postdoctoral research advisor Professor Charles Gale from McGill University nominated him last September. Shen was a postdoctoral fellow at McGill from 2014 to 2016 and won the American Physical Society dissertation award in nuclear physics in 2015. He was also awarded the Goldhaber Fellowship at Brookhaven National Lab in 2016.

Aside from his work for WSU, Shen is a joint RIKEN fellow at Brookhaven National Laboratory and maintains an adjunct assistant professor standing at Ohio State University, where he received his Ph.D. in theoretical physics in 2014.