Virtual ethnography with the Societies and Cultures of Latin America class 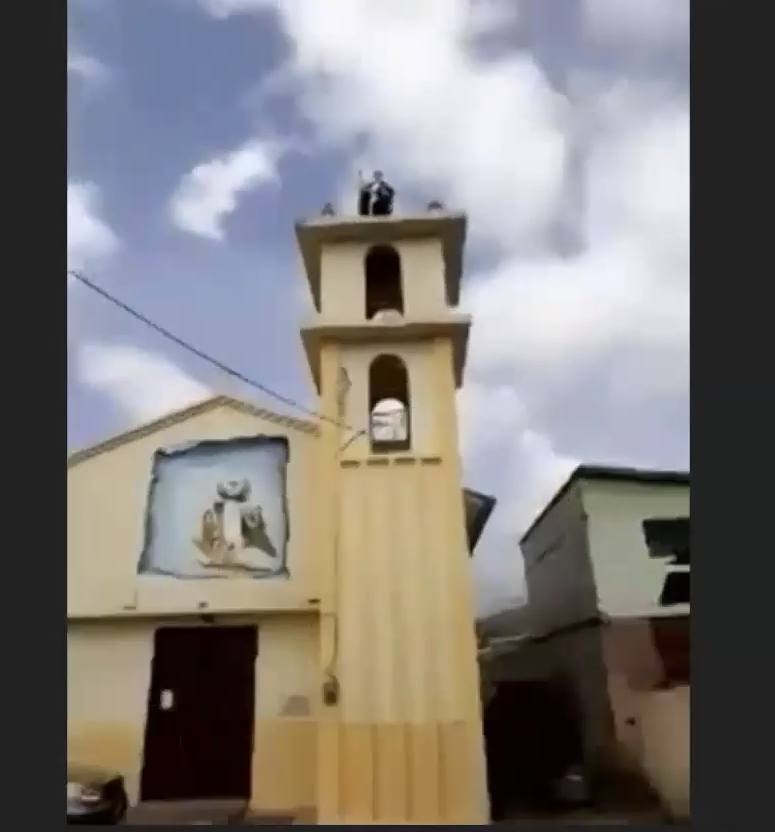 Last Tuesday, Dec. 8, Dr. Barry Lyons, his Societies and Cultures of Latin America class, and participants in his virtual field school all came together for a final celebration at the end of the semester.

Partnering with Professor Gustavo Guizado in Ecuador, Dr. Lyons and his class piloted the new virtual ethnography program in San Vicente, a village in the Andes Mountains. Nine members of the village joined the class through Zoom to show and tell the class about their lives through a series of tours and interviews. Connecting on Zoom did have its difficulties, and some weeks the class had to wait as Professor Guizado and Dr. Lyons worked out connection issues.

Students gained experience through writing in their own fieldwork journals and conducting interviews. The class was broken up into groups that focused their ethnographic analysis on one of three themes: agriculture, work, and livelihoods; family, households, social networks, and migration; and health and illness. These themes were connected to the pandemic and broader lessons learned before students presented their findings along with questions for further study.

Participants in San Vicente also appreciated the chance to teach students in the United States about their hometown. One participant even spoke about how “happy she was so many young students were interested in her daily life and struggles,” according to one of the students, Yoel Gonzalez. Wayne State University provided support for project expenses, including modest "thank you" gifts to the community.

The celebration on Tuesday started with opening remarks from both Professor Guizado and Dr. Lyons, who were followed by Dr. Andrea Sankar, the Chair of the Anthropology Department. Stephanie Hartwell, the Dean of the College of Arts and Sciences, was also able to visit the class during this final celebration. Several students, Daniela Peredo, Caitlyn Crowell, Alex Chen, the IA for the course Molly Hilton, and the OTL staff member Ryan Kostanecki all said a few words of thanks. Two of the interview participants from San Vicente, Carmen Ortiz and Maruja Monar, also shared a few words and expressed their thanks. Professor Gustavo Guizado made a few more remarks before he picked up his guitar and with the help of those in the village meeting house sang verses from their Carnival celebration in February or March. This was followed by a recorded song made by student Benjamin Simon and a Latin American song Dr. Lyons adapted for San Vicente. The celebration concluded with another song from San Vicente, “Pobre Corazón” or poor heart, a popular traditional song about saying goodbye. In his final remarks, Professor Guizado thanked everyone and asked the students and Dr. Lyons to come to visit them in Ecuador.

Yoel Gonzalez spoke fondly about the experience he received in this pilot program, saying it cemented his goals to become an anthropologist. His favorite part of the field school was the interview he conducted on his own. “It's something that I will remember for the rest of my life,” Gonzalez said. “Overall, this was a beautiful experience. To be able to look into a completely different culture and share some laughs with people on the other side of the world is special. … However, I do believe that more research projects like this one should be conducted with students. There are so many important things to be learned through doing work like this.”