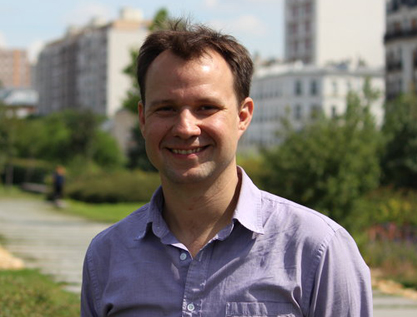 We are excited to congratulate Dr. Andrew Newman for being awarded the 2021-2022 WSU Career Development Chair. The Career Development Chair is a competitive award at WSU presented by the Office of the Provost. The award will provide Dr. Newman with funding and course releases to work on his upcoming book examines the role played by anthropologists in ethnographic "shows" in 19th century Paris. The book documents these events, which often featured indigenous people in degrading contexts and roles, and argues these exhibits had a far greater impact upon the emergence of anthropology that has been previously acknowledged.

During the 1860s a new type of urban space was developed in Paris called the Jardin d’Acclimatation (Acclimatization Garden) which was at once a landscape garden, public attraction, a zoo, and a center for scientific research. Starting in 1877, the Jardin began a regular series of exhibitions of humans featuring indigenous people from around the world. Though largely forgotten today, these ethnographic expositions ran for thirty years and proved immensely popular with the public and the international scientific community. Leading anthropologists of the day such as Paul Broca, Adolphe Bloch played a crucial role in providing the scientific justification for these dehumanizing exhibits. They also served to introduce a curious public to the nascent discipline of anthropology. Dr. Newman’s work will examine the rise and fall of the exhibitions in Paris, the reactions of the public, and share the stories of several people who were featured in them. He will also build on recent visual approaches to the history of science to demonstrate that the exhibitions were a site where racial categories – and the discipline of anthropology itself – were created in tandem through practices related to display, curation, mediation, and the education of the public in racial ways of seeing. Although the era of scientific racism is over in anthropology, he will explore the ways in which the visual culture of the discipline continues this legacy in the present.

Other publications by Dr. Newman include "Landscape of Discontent: Urban Sustainability in Immigrant Paris" (University of Minnesota Press, 2015) and "A People’s Atlas of Detroit" (Wayne State Press, 2020).