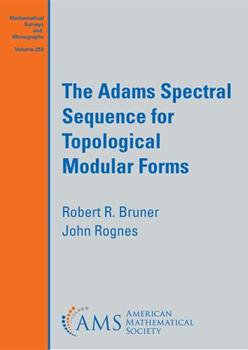 In October 2021, the American Mathematical Society published the new book by Professor Robert Bruner, of WSU's Department of Mathematics, and his co-author Professor John Rognes of the University of Oslo. Their book, "The Adams Spectral Sequence for Topological Modular Forms," is 690 pages of deep and difficult calculations of the homotopy groups of the spectrum of topological modular forms, and of related spectra.

In 1986, the physicist Edward Witten proposed a connection between quantum field theories, from physics, and certain mathematical objects called "elliptic genera" which involve ideas from both algebraic topology and number theory. By the end of the 1990s, a universal elliptic genus had been constructed, landing in an object called "the spectrum of topological modular forms."

The subject of Professor Bruner's book is the calculations one must make to get a precise handle on that spectrum of topological modular forms. Consequently, the book sits at an exciting intersection between several subjects: it connects number theory with computational problems in algebraic topology, via a connection that comes from ideas in physics.