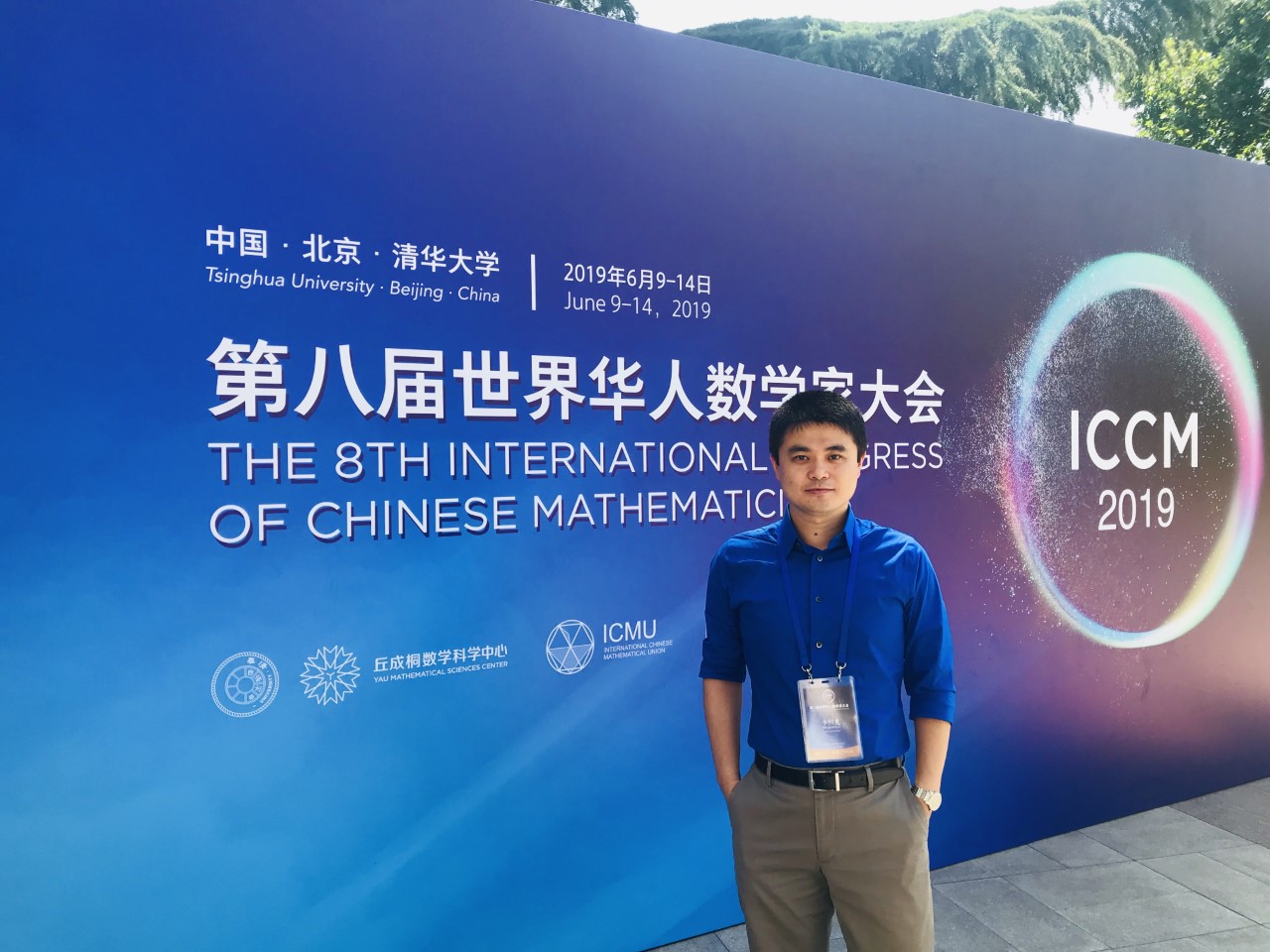 A triennial event, the ICCM is the most prestigious math conference in China and brings together Chinese and overseas mathematicians to discuss the latest research development in pure and applied mathematics. It was estimated that over 2,000 participants attended ICCM 2019.

Li spoke about New 3D Anisotropic Algorithms for Singular Solutions, which answers key questions on the development of effective numerical schemes for high-dimensional singular partial differential equations. In addition, he gave an overview of their applications to mathematical models in various fields of physics and engineering, such as quantum mechanics, fluid mechanics, continuum mechanics and electromagnetic fields. This talk is based on Li’s recent work on the design of novel algorithms that can significantly simplify the existing numerical methods and still lead to optimal computing efficiency.

“It was a great honor to share my research ideas with such an eminent group of mathematicians,” said Li. “This recognition motivates me to further advance my research and create a wider impact through expanded applications.”

Li joined Wayne State University in 2011. His research is in the area of applied mathematics with main focus on numerical analysis, partial differential equations, and scientific computing. It reflects an interplay of rigorous mathematical analysis of partial differential equations, the estimate and development of numerical methods, and their applications to physics, engineering, finance and medicine.

The recognition from ICCM is among many awards and honors Li has received in recent years from a variety of organizations and funding agencies, including the National Science Foundation, Air Force Office of Scientific Research, American Mathematical Society, Institute for Mathematics and its Applications, Silicon Mechanics and Wayne State University.