Dr. William Lynch's new book Minority Report: Dissent and Diversity in Science, which is part of the Knowledge and Society series, was published by Rowman and Littlefield. Congratulations! 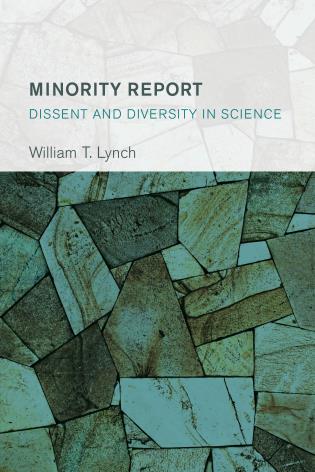 From Rowman and Littlefield's description of Minority Report:

In Philip K. Dick’s The Minority Report, ‘precogs’, who are imaginary individuals capable of seeing the future are relied upon to stop crime, with a consensus report synthesized from two of three precogs. When the protaganist is indicted for a future murder, he suspects a conspiracy and seeks out the “minority report,” detailing the suppressed testimony of the third precog. Science works a lot like this science fiction story. Contrary to the view that scientists in a field all share the same “paradigm,” as Thomas Kuhn famously argued, scientists support different, and competing, research programs. Statements of scientific consensus need to be actively synthesized from the work of different scientists. Not all scientific work will be equally credited by science as a whole. While this system works well enough for most purposes, it is possible for minority views to fail to get the hearing that they deserve.

This book analyzes the support that should be given to minority views, reconsidering classic debates in science and technology studies and examining numerous case studies.

You can learn more or purchase the book by visiting Rowman and Littlefield's website here.