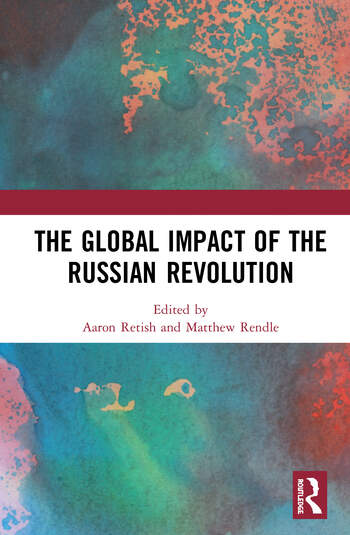 In Part one, four leading historians debate whether or not the Russian Revolution’s legacy endures today. Part two presents examples of how the Revolution inspired political movements across the world, from Latin America and East Asia, to Western Europe and the Soviet Union. The Revolution inspired both sides of the political spectrum—from anarchists, and leftist radicals who fought for a new socialist reality and dreamed of world revolution, to those who on the far Right who tried to stop them. Part three, an interview with the historian S. A. Smith, gives a personal account of how the Revolution influenced a scholar and his work. This volume shows the complexity of the Russian Revolution in today’s political world.

The chapters in this book were originally published as a special issue of the journal Revolutionary Russia.