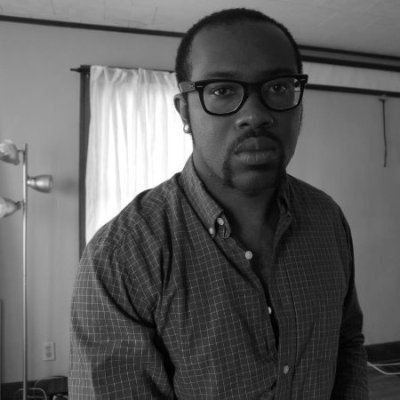 Assistant Professor of English Donnie Sackey has been awarded the 2017 President's Award for Excellence in Teaching. The award, which comes with a citation and an unrestricted grant, recognizes faculty members that have made outstanding contributions to teaching.

He is currently involved in a project concerning risk communications within the Flint water crisis, as well as a citizen scientist project tracking asthma triggers among teens in southeast Michigan.

Sackey is a senior researcher with Detroit Integrated Vision for Environmental Research through Science and Engagement (D-VERSE), and an affiliated researcher in the Writing, Information, and Digital Experience (WIDE) Research Center at Michigan State University, from where he earned an M.A. in Critical Studies in Literacy and Pedagogy in 2009 and a Ph.D. in Environmental Rhetoric and Writing in 2013. As an undergraduate, Dr. Sackey studied Latin and English at the University of Tennessee-Chattanooga.