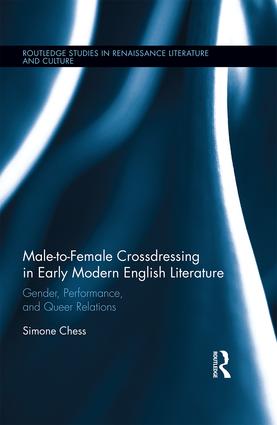 This book investigates fictional situations in which male characters dress as women; while there's been lots of attention to boy actors who played female roles, and to female characters who dress as men, male-to-female (MTF) crossdressers have been overlooked. Chess argues that the queer gender presentation of MTF crossdressers is both relational and beneficial: it tells us not only about male and trans femininity, but also about the "queer relations" between MTF crossdressers and their partners, friends, and communities, and it also allows for positive representations of queer femininities.