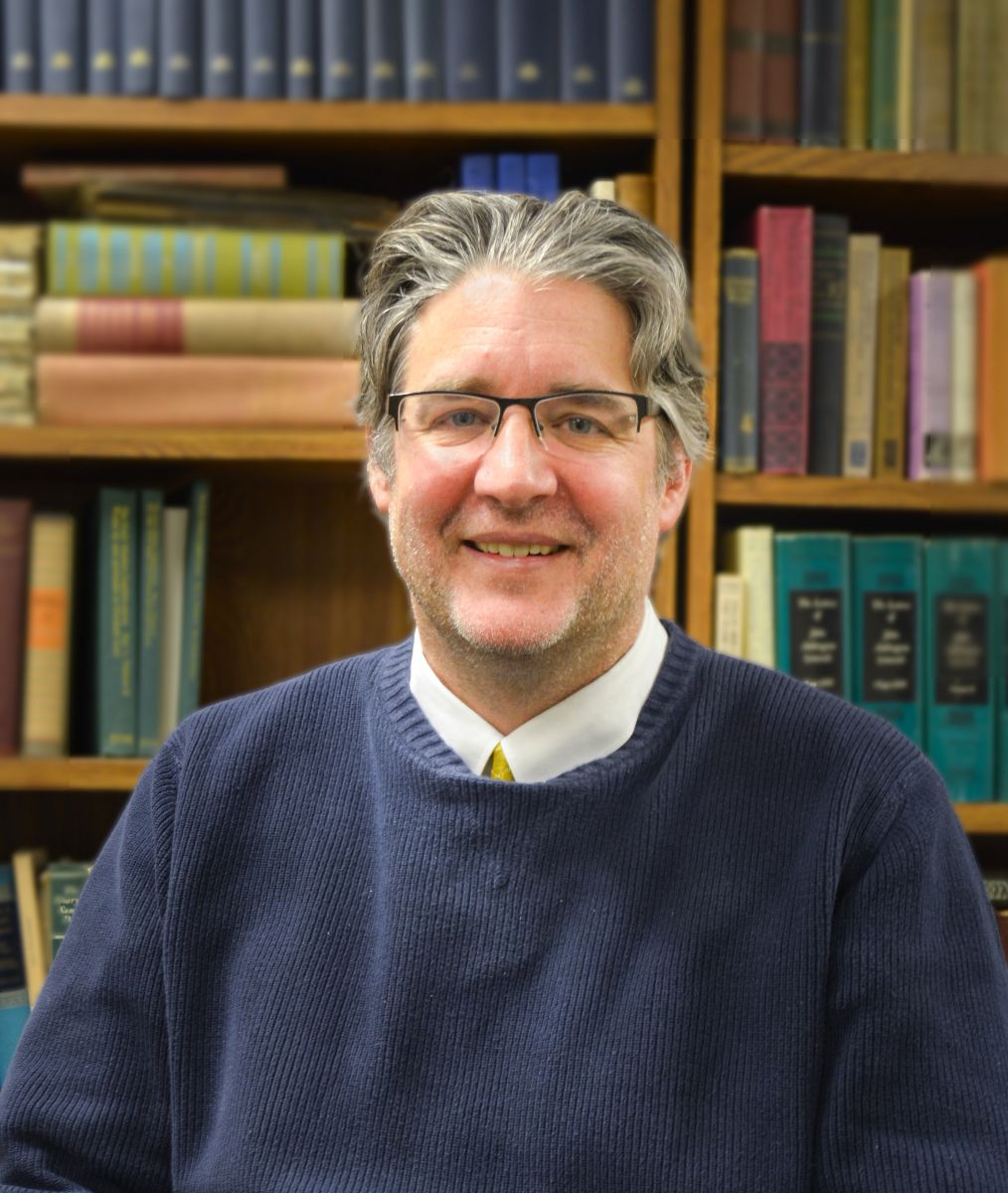 Meet Ken Jackson, the new chair of the English Department. Dr. Jackson joined the Department in 2000 as a professor of early modern British literature. A native Detroiter, Dr. Jackson grew up on the east side and dreamed of becoming a pro basketball player, an attorney, or a social worker. Being an English professor was not even on his radar until he was already in graduate school studying Shakespeare at Loyola University of Chicago. Coming back to his home town to teach was an exciting opportunity. As an instructor, his style is conversational, and he uses humor to hold his students’ attention—a skill he honed while teaching long evening classes. Last semester he taught the graduate course, “Studies in Shakespeare,” which is fitting since he was instrumental in bringing Shakespeare's First Folio to Detroit this spring.

The First Folio Comes to Detroit

The 1623 "First Folio" is so-called because it was the first book to have collected Shakespeare's plays. What ended with the coup of winning this treasured artifact for Detroit commenced in the most mundane way: former English Chair, Ellen Barton, forwarded a routine e-mail from the American Library Association announcing its plans to bring the folio to all 50 states in honor of the 400th anniversary of the bard's death. A national competition would determine which city in Michigan would earn the honor of hosting the First Folio. Working with colleagues Arthur F. Marotti, Jaime Goodrich, and Simone Chess, as well as key representatives from the Wayne State University Libraries, the Detroit Institute of Arts, and the Detroit Public Library, Jackson persuaded the sponsors that our thriving city was the ideal stop for First Folio! The Book that Gave Us Shakespeare.

Jackson hopes everyone will come out to view the exhibit and enjoy the chance to get close to an important and rare literary artifact, which will be on display March 10–April 1 in the atrium of the David Adamany Undergraduate Library. “The First Folio is one of the most influential books in human history and to have it right here is a rare opportunity,” said Jackson. “We’re looking forward to sharing it with the university, the Detroit community and the entire state.” In March, scholars from around Michigan will kick-off the folio festivities with a two-day conference called “Shakespeare and His Culture on Stage and on the Page.” Dr. Jackson is especially looking forward to a keynote address by David Bevington (University of Chicago), who, as the last single editor of Shakespeare’s plays, has continued the editorial tradition of the First Folio. Another keynote address by Mary Thomas Crane (Boston College) will consider Shakespeare's attitude toward innovation. The conference is one of many activities focusing on the folio this March.

An important keystone in the history of publishing, the First Folio used cutting-edge technology for its time period. It was followed by many other editions, some of which are owned by our own DPL, and will be on display during the Folio visit. As we celebrate the 400th year anniversary of William Shakespeare’s death, Ken Jackson believes new forms of media and technologies will always find a way to connect us to the Bard.

As the Chair of English, Ken Jackson’s vision is broad. As he puts it, the job of an English department is to be a little “provocative,” and he expects faculty to continually experiment in their research and teaching. He feels that the Department of English is a well-kept secret, but he hopes to change this by encouraging faculty to engage with metro Detroit, especially with the city’s K-12 students. Professor Jackson wants these prospective students to understand that a degree in English prepares students with versatile skills for an ever-changing, diverse employment landscape. Yet at the same time, English is still the perfect home for students who love to read and write—just like Shakespeare.