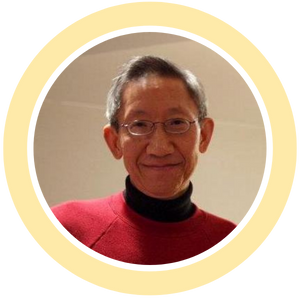 Professor Lee received a B.A. from the City University of New York, Queens College in 1970 and a Ph.D. from Columbia University in 1976. He joined the Wayne State Department of Economics in 1978, became full professor in 1989 and remained on the faculty until his retirement in 2020.

Professor Lee had an outstanding record of service to the department, the college and the university. He was chair of the economics department from 1985-1988 and 2005-2013, associate dean from 1991-1998 and associate provost for faculty relations from 1998-2001. While associate provost, he was the lead university representative on the team negotiating a collective bargaining agreement with university faculty. He also served as the department’s director of graduate studies, director of the M.A. program and director of undergraduate studies. he was on numerous dissertation committees and the principal advisor for 14 students who completed their Ph.D.s.

Professor Lee made important contributions to the fields of industrial organization and behavioral economics, which have been widely cited. His research yielded three books, Behavioral Economics and Bioethics: A Journey (Palgrave MacMillan, 2018), Industrial Organization:  Minds, Bodies and Epidemics (Palgrave MacMillan, 2019) and 45 Conversations About Behavioral Economics: An Interdisciplinary Discussion Crossing Business, Public Policy, Sociology and Psychology coauthored with Aaron Keathly (Springer, 2022). He also published 31 articles in peer-reviewed journals, including prestigious journals such as the American Economic Review, Journal of Political Economy, Journal of Finance, Economic Inquiry and the Southern Economic Journal.

Li Way had great character and dignity but did not take himself too seriously. He had a fine sense of humor and was creative in interpreting rigid bureaucratic rules in a way that achieved the best outcome for all concerned. He was known for his cordiality, his positive, upbeat attitude and especially his generosity with his time and effort to generations of undergraduates, graduate students, faculty and staff.