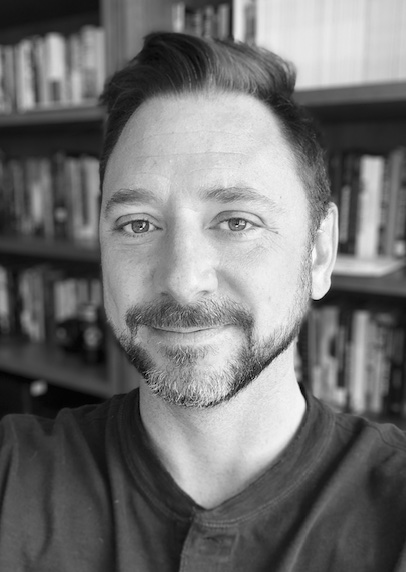 Since earning his doctorate from Arizona State in 2013 and becoming an Associate Professor for Wayne State University, Matthew Larson, Ph.D., M.S. ’10 has been making his mark in Michigan. An instructor for the Inside-Out Prison Exchange Program, founder and co-organizer of JUST POETRY, and a co-principal investigator for Wayne State University’s Communities, Crime, & Criminal Justice in Detroit (C3JD) program, Larson’s accomplishments in the field of criminal justice have been hard to miss.

It is fitting then, that Michigan Gov. Gretchen Whitmer has appointed Larson to serve a three-year term on the Michigan Correctional Officers’ Training Council.

“The Michigan Correctional Officers’ Training Council does a variety of things,” Larson explained. “As a council, we are the group that makes recommendations as to what we believe are necessary forms and levels of education and training that officers should be required to complete.”

Larson emphasized the education that goes into correctional officers’ training, something he said he is passionate about as one of two academic and university liaisons on the council.

“As an educator and as someone who works and teaches inside of prisons, it’s probably not surprising that I’m for as much education and training as possible for the people working inside the system….Prisons are highly stressful places, and if people are being hired without the education, training or backgrounds that we know are important, that’s not going to help address ongoing problems in any way, just exacerbate them.”

Larson acknowledges that there are difficulties in achieving some specific prison reform goals. He said one thing that has to be considered is the effectiveness and reality of proposed solutions. While raising education expectations and requirements can have a positive effect on a prison environment, enforcing that limitation aggravates a pre-existing staffing problem.

“Wanting reform is good, but it has to be considered in conjunction with the structural realities that exist for institutions,” Larson said. “Right now the Michigan Department of Corrections is trying to find a solution to this staffing issue that they’re up against.”

Despite this, Larson said he is encouraged by the future the council aims to achieve.

Larson said he has been pleased by the diverse group of voices he’s getting to work with on the council.

“The council does a good job of bringing people together with different backgrounds and experiences to have these conversations and hopefully make the decisions that are best for the short and long-term health of the Michigan Department of Corrections,” Larson said. “It’s encouraging.”