From a Chemistry degree to Texas Inventor of the Year: Journey of Jason McLellan 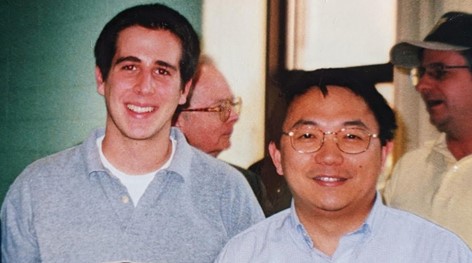 Jason McLellan graduated from Wayne State in 2003 with a B.S. in chemistry with an emphasis in biochemistry. As an undergraduate, he was included on a paper from the research group of organic chemist Dr. George Wang in the journal Organic Letters. However, when he started taking biochemistry classes in his junior year, he found his calling — structural biology.

“It was at Wayne State where I confirmed that I loved research and needed to attend graduate school,” said McLellan.

McLellan obtained a Ph.D. from the Johns Hopkins University School of Medicine and joined the lab of Dr. Peter Kwong in the National Institute of Allergy and Infectious Diseases (NIAID), exploring the possibility of creating structure-based vaccines for HIV. McLellan’s mentor suggested that he focus on respiratory syncytial virus (RSV), which can cause serious illness in infants and older adults.

A key insight about RSV was that the virus surface protein F changes its shape as it infects human cells, making vaccines based on the post-infection form of the protein ineffective. In collaboration with the lab of Dr. Barney Graham at NIAID, McLellan made a variety of mutations in this protein to stabilize its structure in the pre-infection form. Several companies are now developing RSV vaccines based on such mutant virus proteins.

In 2018, McLellan moved to the molecular biosciences department at the University of Texas as the Robert A. Welch Chair in Chemistry and went on to apply a similar strategy to the spike protein of SARS-CoV-2. The results were shared with collaborators at the NIAID, who teamed with Moderna and other companies to make the first COVID-19 vaccines.

The technology invented by McLellan and his colleagues resulted in several patents and to McLellan being declared the 2021 Texas Inventor of the Year.

McLellan says that “Wayne State was a near-perfect experience for me. Academically, I was challenged in my classes and enjoyed being a part of the Honors program. Scientifically, having access to the terrific faculty and research was important for preparing me for graduate school and my future career.”