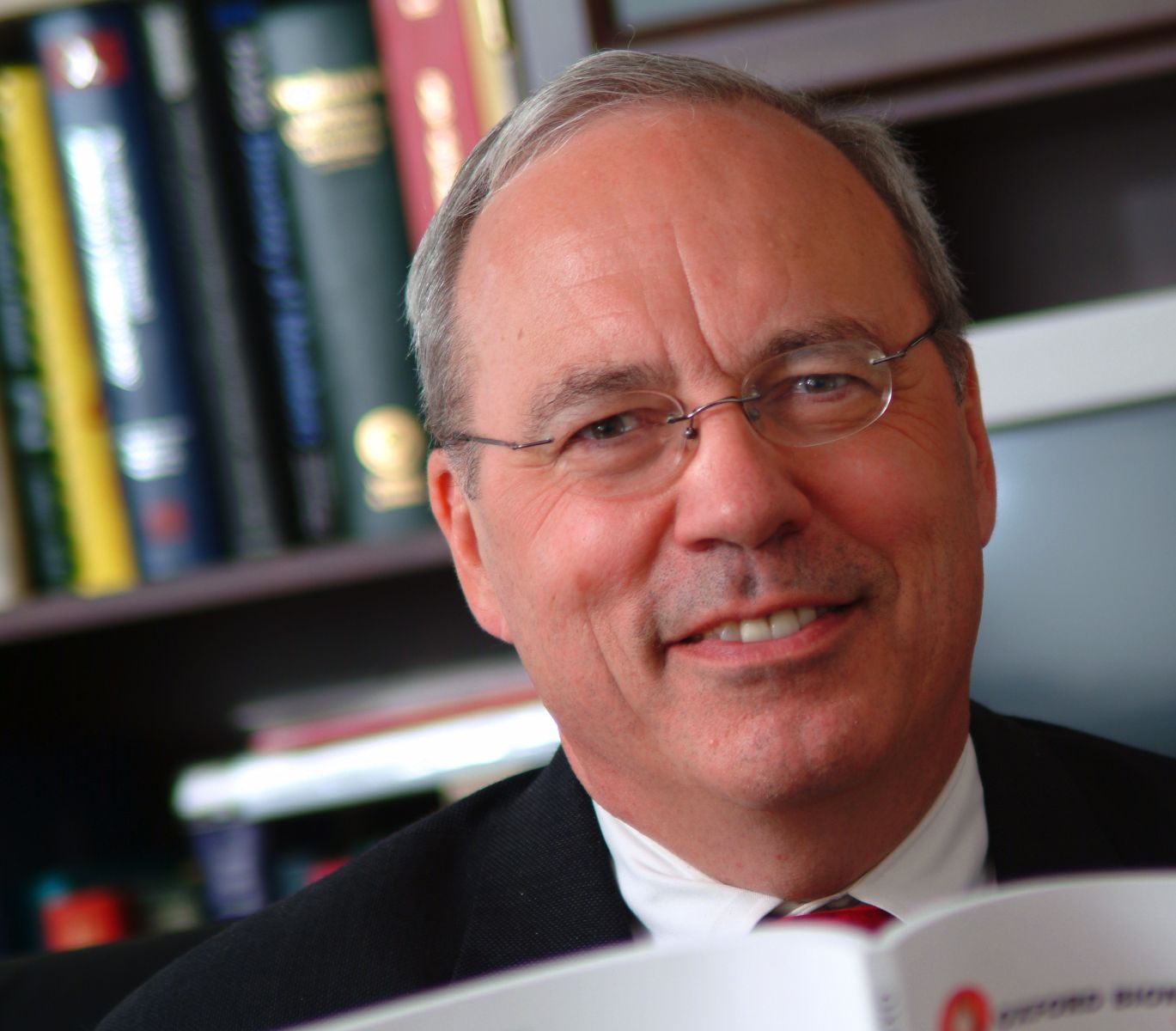 Denis Callewaert '73 Ph.D., is a self-professed serial entrepreneur. With a commitment to new knowledge, he has conducted innovative research in biochemistry and translated it into practical health care applications and five biotechnology companies. His achievements also include recognition as a published author and appointment as a professor emeritus of chemistry at Oakland University.

Callewaert's passion for chemistry was sparked at a young age, and he developed his passion as an undergraduate at the University of Detroit and completing doctoral work at Wayne State University.

"Wayne State had a really strong chemistry program and a diverse group of students from all over the world," Callewaert recalled. "A professor in my undergraduate program recommended I attend Wayne State and study under Professor T.T. Tchen." Callewaert enrolled in the Ph.D. program in biochemistry, and studied under Professor Tchen, who became a mentor to Callewaert both in and outside of the laboratory.

"Tchen was an extremely successful researcher, and he challenged us to learn how to do the work ourselves," said Callewaert. "He also helped me learn how to present my first grant proposal, and with his help, I got funded."

What followed was a range of experimental research, thanks to a stream of steady grant funding. Upon completion of his Ph.D., Callewaert continued postdoctoral work at the Wayne State University School of Medicine, researching and publishing several papers about tumor immunology. This research led Callewaert to co-author several chemistry textbooks for health science students, one of which was used by Wayne State.

"It was good to see my textbook used at my alma mater," he said.

Callewaert's research success translated into a faculty position at Oakland University, where he worked for 35 years. During his tenure, Callewaert established the university's undergraduate biochemistry program, founded and directed the Oakland University Institute of Biochemistry and Biotechnology, and directed the Center for Biomedical Research.

"I've always asked myself, 'how can we make research work for us?'" Callewaert said of his drive to translate his work into practical health benefits. "People need to think about the applied."

Under Callewaert's leadership, his companies have created an array of products and tests for health care industries. Oxford Biomedical Research offers 700 products to facilitate life science research and food sciences, including tests designed to address food freshness. Oxford Laboratories developed a test for autoimmune thyroid disease in dogs that are used worldwide. Other research initiatives have created therapeutics that work to improve human health.

"I learned a lot at Wayne State because the program was hands-on," said Callewaert. "You couldn't be linearly focused.  I had to work long hours, be persistent and never believe there were things I couldn't do."

With a string of companies, tests and tools emerging from his research endeavors, it is clear that that Callewaert's persistence and confidence have had a far-reaching impact.